The Insatiable Metaphysics of Sex, Sense & Sensuality (Pt. 1 of 2) 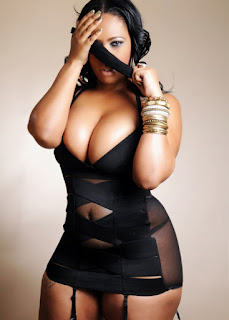 
It’s been said that man and woman are the crowning glory of all creation. However, if this is the case, then why do we get our light from second (plant) and third (animal) hand sources? At the other end of the ideological spectrum there are those who say that we are all emanations of a seemingly omnipotent, multi-faceted intelligence that created the universe and everything in it.

These individuals may want to ask themselves why we even obtain our nutrition and sustenance from our own creations, via the sun, plants, or dead animal flesh. You would think that we would be able to easily sustain ourselves with our own internal light if it is the very thing that enabled us to become the co-creators of all of the above in the first place.

I’m not making an argument for why we shouldn’t eat food. I personally enjoy a nice plate of green banana and dumplings with bok choy and codfish. And I currently have no intention of giving the dish up. However, if you genuinely consider yourself a living “god” or “goddess” on earth, then these are questions that are in the very least, worthy of your consideration.


Some readers may wonder why I would even begin a discourse on the metaphysics of sex by talking about food. However, if you fail to recognize the fact that your bed is also your dinner plate, then that is your personal shortcoming and not mine. Sexual intercourse, if we are looking at it from a purely metaphysical standpoint, is the magical communion of opposites.

Eating for the sake of pleasure is a form of intercourse wherein the human appetite (which is physical) is consumed by desire (which is mental), much like an erect penis is consumed by luscious, pouting lips glazed with shimmering lip gloss (Psalm 51:15). When a person feels an overwhelming drive to eat food, we say that they have a strong appetite, which is purely physical. However, the desire that triggers their appetite is mental.

Your appetite is fueled by your memory of eating something in the past that stimulated your taste buds. Clearly, your memory of this experience is something that has been deeply ingrained in your psyche. No one has an appetite to eat bananas, carrots, or broccoli. People may enjoy eating these foods, but they won’t have an “appetite” for them because although they may taste good, their flavor does not excite and stimulate your taste buds.

However, people do have an appetite for pizza, fried chicken, or moist vaginas welling up with natural bodily secretions. These foods excite and stimulate the taste buds in such a way that the experience of eating them leaves an indelible mark on the human mind, which is thereby compelled to re-experience and savor the flavor, at a future time. 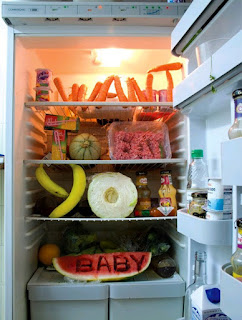 Through desire, your mind keeps your body healthy and operating at optimum efficiency. Your mind achieves this by propelling your body towards experiencing adequate levels of physical excitement. The overstimulation of your senses will dull your mind as you get carried away with pursuing pleasure purely for its own sake. However you cannot thrive in a physical body by walking the ascetic’s path of total sensory deprivation, either.


The golden mean sits in the busty bosom of Ma’at which rests between the two extremes of pain and pleasure; slavery and freedom; constriction and release. This partially answers the question that I posed near the beginning of this blog entry concerning man’s motivation behind getting his light from second and third hand sources, as opposed to its primary source, in the form of the sun.

The third hand source of light affords man’s mind one of the things that it covets most on this physical plane, and that is experience through sensory stimulation. Healthy physical stimulation magnifies the intensity of your desire through the nexus of experience created between your mind and body. Seventeenth century philosopher Benedict De Spinoza (1632 – 1677) explores the relationship between the mind and body in painstaking detail in his book, Ethics. Spinoza’s writing is very dry, which makes him difficult to read, but he offers some valuable insights in this particular work.

Desire is the energy source behind the nuclear force inherent in all forms of sexual magic. If you have an ecstatic desire to experience or obtain something in life, no one can stop you from doing so. Your desire will create circumstances that you cannot logically foresee that will aid you in getting what’s yours in life. However you must be able to feel that desire coursing through you as a powerful physical sensation. That power that you feel moving through you is the power of life. Hold on to it. It’s yours!

There are some people who are philosophically inclined towards Buddhist teachings and concepts. They believe that desire is the cause of all human suffering, and that man must free himself of desire if he is to escape the endless cycle of reincarnation. In many ways, this is true. However, your divergence from the path of desire has to come about as a NATURAL process. It can’t be something that you try to enforce on yourself in an effort to live up to someone else’s standard of conduct.  When you do that, you are going against the natural flow of life that courses through you.

There are well-meaning  monks who would love nothing more than to squeeze and lick Bria Myles’ chocolate fudge thighs, but they live their lives in denial and therefore continue the cycle of reincarnation, which ironically, is the  very thing that they are trying to run away from!!! When you try to run away from something, you run into it. Pursue your appetites until your appetites are no longer your desire. 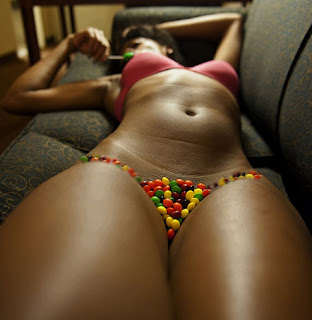 If you’re a male, eating good food and beautiful women can keep your internal fire burning bright. Ladies, eat your Cream of Wheat. You may not realize your goals as quickly as you would like to, but you will ultimately get what’s yours, because you have already purchased it through the universal currency known as desire.  You can only desire what you already have.

The fact that you are cognizant of its existence is proof that what you desire is already yours. However, within the context of human existence, desire shortens the telemetry between you and what you seek, as you work towards manifesting it into the temporal realm of space and time. If you can imagine your greatest dreams being realized in vivid detail, then you are in fact building the circumstantial mechanism that will make it happen on this physical plane.

When a woman in sexual need is bouncing up and down on a stiff, apple-head cock that’s busting her pretty peach wide open, her desire to do so appeases her personal appetite, as well as her lover’s. When a man stands at the corner of a bed, with his hands firmly wrapped around a woman’s soft waist and he’s pitching a steady stream of fast balls into the center of her catcher’s mitt—ruining Anhedonia’s .1000 batting average—he consumes not only his own appetite, but hers as well.

Within the blissful union of woman and man, the line of demarcation between the genders is instantly erased as the two become one flesh. Oneness is the ultimate reality. Nothing exists beyond it. Everything that you see is a variation of it. You are currently reading your personal thoughts filtered through my brain, which could only mean that we share the same mind, the same desire. The reader and the writer represent opposite poles of the same intent, which is the acquisition of a greater understanding of life.

During the “Fall” season the leaves on the trees go from green, to dark brown, and then light brown, before withering away. This is nature’s way of symbolically conveying to us the age-old story known as “The Fall of Man.” The Light Bringer Lucifer was usually associated with the color green because it was the green gem stone, Lapis Exillis, that the Arch Angel Michael cut from his crown which lead to his fall from the dark canopy of the starry heavens.

If nature allowed the process of the leaves discoloration to continue throughout the “Fall” season, then they would eventually turn white. Of course, this would not be the result of a natural process. Perhaps through some form of scientific experimentation the leaves could be made to turn white before withering away. Man, is very much like the leaves on any tree that you see in a public park. According to early Vedic philosophy he is a plant in his own right and is called “Saptaparna,” which literally means “Man Plant.” Weddings usually occur in the “Fall” season because marriage ceremonies are actually magical rituals intended to reverse the polarizing trajectory of man and woman’s “Fall” from grace. 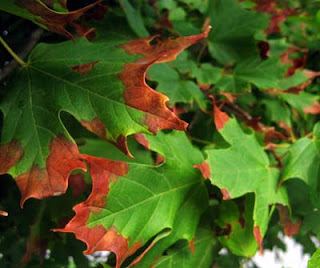 One might ask themselves what compels a man and a woman to embark on the journey of married life with all of its challenges and uncertainties? Most would say that it is love, which is true. But what exactly is the catalyst behind this love? What drives it? It is the soul’s inner longing to write its own myth, which is the soul’s interpretation of its own experience within a physical body, as Phil Valentine once said.

Two people who share a mutual belief that all things are possible will meet each other and excel as a couple, and as individuals. They can cultivate a loving relationship under seemingly impossible—or dare I say mythical—circumstances. Their success in doing this fortifies their mutual belief, enabling it to make the transition into a functional knowledge that aids them both in their mutual development.