The Matrix II: The Abduction and Manipulation of Humans Using Advanced Technology 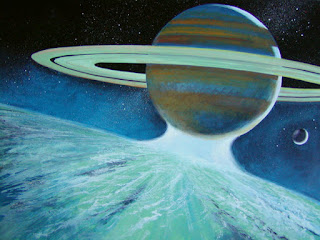 Are you obsessed with the idea of meeting extraterrestrials? If so, it may very well be the externalization of your desire to come face-to-face with the hidden you, which is the real extraterrestrial within. If you’re looking forward to an impending invasion on the behalf of the Orion empire, then you may have a better idea why, now. Interdimensional portals are opening up in your mind, enabling you to interface with forgotten remnants of the lost and forbidden you.


I don’t discount the existence of extraterrestrial intelligences. After all, true intelligence originates from the universal mind, which is not confined to our galaxy, much less our planet. This mind is a stratified, all-encompassing energy that helps to facilitate the birth of higher awareness. This energy has origins outside of Earth’s atmosphere, but filters through it, nevertheless.

The Matrix II: The Abduction and Manipulation of Humans Using Advanced Technology, which you can download here for free by clicking the link at the bottom of this post, is full of all kinds of information on extraterrestrials who allegedly populate our solar system. With the exception of the reptilians, I don’t know whether or not most of these aliens and their technology are real, or if they’re the product of Valdamar Valerian’s imagination.

One thing that I do know, however, is that if you have a strong imagination, and you’re interested in writing movie scripts, you can use books like these as creative inspiration for a thoughtful sci-fi thriller. One of the best ways to combat Theater Sorcery is through Theater Magic.

In case you haven’t read any of my other posts, I think that all of this talk about “The Reptilians” as David Icke and others present it is just New Age propaganda. The only true extraterrestrial reptilians are those original Star Seeds who can magnify their serpentine fire (kundalini energy) through creative and artistic endeavors which include, but are not limited to, sexual intercourse.

Who knows how long this link will be up. If the whole idea of extraterrestrials, as it is presented by the larger New Age community, interests you, then you might want to read this book while you still can. Peace.