Hello Kitty: The Amazing Power of the Pussy 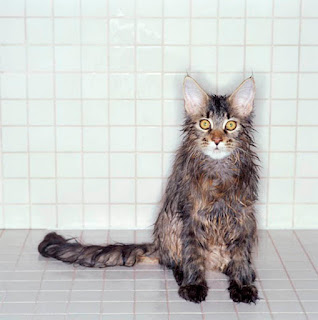 If you’re a guy who has been called a pussy at some point in your life, the experience was probably like having your eyelids cut off before having drops of cheap orange juice splashing against the window to your soul. It hurts. It really does. This is because more often than not, you were acting like a pussycat. However, I’ve long regarded myself a rebel, of sorts, who questions social norms.

For instance, why does Western culture associate a lack of strength and vitality in a man, with the pussycat, which is actually one of the few things—besides money—powerful enough to motivate most men’s actions? Just think about it. All over the world men of all races, religions, and creeds pursue years of education with the hope that it will land them a successful career which will enable them to afford the finest homes, clothes and cars that money can buy.

For many of these men, however, the aforementioned items are only a means to an end, and that end usually involves running through some prime-choice Power-U. This simple yet accurate observation reveals an interesting paradox pertaining to the true nature of the pussy. The pussycat, ever synonymous with inadequacy and sheer weakness, is actually one of the most powerful entities in our known universe. Were this not the case, there wouldn’t be a pornography industry that generates at least $10 billion dollars a year in the United States alone.

My chief aim in writing this is to dispel the myth about our furry little friend. I shall accomplish this feat by sharing some amazing facts about the beneficent….the merciful….the great, almighty Vajayjay. Most pussycats love to get wet, but unlike dogs, they actually clean themselves. And while they appear soft and tender to the naked eye, most pussycats are stronger than they look.

The inner-lining of the pussycat, for example, is itself a dense muscle which enables it to go through as much as 18 hours of labor and come out of it alive. While the average pussycat is only 3-4 inches deep (about the length of your middle finger), a woman’s love for her man, enables her to expand its depth to accommodate the length of his penis. Now that’s kindness, and kindness is strength. The people who take it for granted are actually the ones who are weak. I know a toothless kitty that can hold a 40 ounce bottle of Colt 45 between her lips while her owner is standing with her legs agape. The Law of Gravity is her bitch. And like a stale box of Chips Ahoy!, that pussy’s one tough cookie.

Both men and women should seriously consider using another word besides “vagina”  to identify a woman's Fire Flower. When the word “vagina” was originally introduced during the 17th century it was actually the Latin name for the sheath that knights used to carry their swords. When you consider the fact that a sword is a killing instrument, the word “vagina” is not an appropriate one to use for an organ that brings forth life.


Back in college, when I wrote for the school paper, I conversed with a campus technician who told me about a pussycat named Strawberry that could make doggie milk bones disappear in the blink of an eye. 1989 was the number, another summer, my man was vibing to Chuck D and the sound of his funky drummer. Spike Lee’s Do The Right Thing was the top flick at the box office, and this guy had a lady friend named Maria who looked like Prince’s ex-girlfriend Vanity, from the girl-group, Vanity 6.

One day he and about four other male friends gathered at this Nasty Girl’s Inwood, Manhattan apartment to feed her pussycat, Strawberry, some dry milk bones for Din-Din. Nothing could withstand that little pussy’s voracious appetite. Strawberry swallowed one bone after another and never blinked twice. The technician and his boys tried to “Fight the Power” like Public Enemy but they all ended up crying “Don’t Be Cruel” like Bobby Brown.

Pussies are pretty strong. They can take a good beating too, but if you give them a couple of days to heal, then they’re just as good as new. So the next time a guy calls you a pussy cat, just swallow your pride like Strawberry swallowed those milk bones. Keep your mouth shut. Walk away. Take it like a man. Better yet, take it like the pussy cat that you already know that you are. Always remember that pussies are extremely powerful and they’re the cat’s meow.