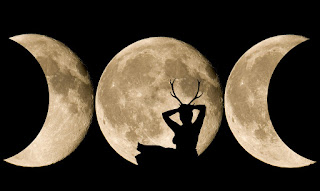 In addition to being the first mathematicians, there is substantial evidence that women were the first scientists as well. They prepared the earliest cooked meals, which has to make them the first chemists. The very word “chemistry” comes from the Arabic word “Al-Chemy” which comes from the name “Kemet” which means “The Black land.” You can pretty much say that Kemet was the land of the Black Sciences which some might call “Black Magic”—which in this context—is simply the magic of Black people.

Go through the cupboards of any woman who truly knows how to cook and marvel at the wide array of herbs and spices that she has at her disposal. What is even more impressive about this woman is the fact that she instinctively knows when, and when not, to use them. Cooking is a high science that is severely overlooked by the “modern” woman who turns her nose up at the science once mastered by her ancient foremothers. As a man who enjoys a nice hot plate, I appreciate the science of cooking very much, which is why I’ve been practicing the craft since I was 13-years-old.

From a practical standpoint, cooking your own food is far more cost effective than patronizing a chef, and it’s often healthier, too. Preparing a good meal sharpens your integrative thinking skills and increases your creativity. I think that every man and woman should take the time to learn and practice the culinary sciences whenever they can. 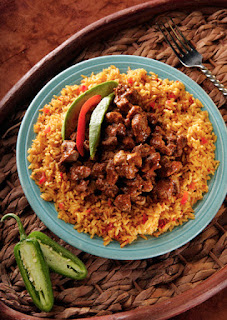 Also, it’s worth pointing out that although science is grounded in logic, a vivid imagination is what distinguishes a great scientist from a simple technician who is well-versed in the scientific method. There are many great science professors across the globe who teach classes because they have profound knowledge pertaining to the field, but they lack the imagination of a Gabriel Oyibo or a Nikola Tesla to actually make the kinds of discoveries that they teach their students about. This is not a dis. It is a dispassionate observation.

Science and mathematics—which are firmly grounded in left-brained, logical thinking—were originally introduced by Black women. Nevertheless, it must be understood that the word “logical” is not a synonym for the word “intelligent.” This is a mistake that many Western thinking people make. Applied logic is one way of expressing intelligence, but it does not encompass the full scope of what intelligence is. Also, just because a person’s reasoning is logical, that doesn’t mean that it is grounded in Ma’at (truth).

An effective writer or story teller can tell you a story that sounds true, but it is entirely false. They are able to do this because they intuitively know the architecture of a truthful story; they know its inherent, underlying structure and can therefore reduplicate it at will with subtle adjustments in detail. These seemingly minor adjustments in detail can turn an inescapable truth into a meticulously deceptive lie. It is our job to find these flaws and fix them so that we can redeem the edifice of truth and bring back Ma’at.

The greatest artists and creative minds of all time were intelligent people—and they are usually men. This is not to say that there aren’t women who are incredibly creative. I’ve known more than a few. Still I have yet to see any demographic on the planet that can match the imagination and the creativity of the Black man. It’s unfortunate that he too often compromises his station in life by entertaining self-destructive thoughts that are rooted in a sense of lack and the absence of personal accountability.

I consistently meet goals that I set for myself, and as much as I inspire and energize other people around me, I wouldn’t deny that I’ve been guilty of engaging in this terminal way of thinking. It doesn’t take away from who I am, it just means that the volume of my potential affords me a lot of room for improvement.

Creative giants do not use what we would call linear thinking as their primary way of expressing their intelligence. When rocker Jimi Hendrix played the guitar he was not using logic and rationalism. He was allowing the natural intelligence in his soul to bleed through him. The same can be said about Nat King Cole with his seemingly effortless singing, or Michael Jackson with his spectacular dance performances. This display of right-brained intelligence cannot be fully understood by Western thinking people.

A British journalist once asked Jackson what he thinks about when he dances. Jackson replied, “I don’t think.” This may give you something to consider in regards to the extremely complex nature of divine intelligence. It also helps to explain why girls out perform boys in the public schools across the board. The Western educational system is entirely rooted in logical, left-brain thinking and offers children little or no opportunity to maximize and enhance their creative potential which is grounded in the right hemisphere of the brain. 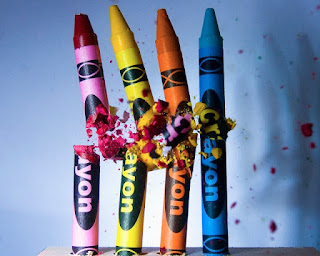 When I was a child, I was a very talented artist. My classmates used to gather around and marvel at the pictures that I would draw. One of my teachers tried to convince my mom to put me in a special education school because I wasn’t interested in her lessons. My mom wouldn’t listen, even though my teacher’s case may have sounded logical to a lesser woman who could not see beyond logic.


Instead my mom took me to receive psychological testing from a certified professional—an old white woman—who had determined that I actually had above average intelligence for a six year old child. That was the test result that my mom expected to hear. Given the verifiable evidence, the teacher was forced to stop her campaign against me, so I was never put in a special education school. From elementary school through college I’ve won local and statewide awards for my writing and other academic accomplishments. Often times I wonder what would have happened to me if my mom had followed my teacher’s logic instead of relying on divine intelligence. Often times I think about the thousands of Black boys today who are not as fortunate as I was.

As men and women, we appreciate each other immensely, but neither of us can ever really be understood by our significant others in the absolute sense. Many of our words, actions, and reactions can be predicted because we share a sense of familiarity that is firmly rooted in love. Nevertheless, we cannot truly be understood by each other—especially when we’re studying each other like lab rats. This is something that frustrates people who are primarily logical thinkers.

For example, a woman may genuinely love a man, but she is more interested in figuring him out than she is in just enjoying him while he’s sitting right in front of her. If you can consistently figure out a particular kind of math problem—whether it be calculus, algebra or trigonometry—then you will naturally feel that you have mastered that system of mathematics. This mastery imbues you with a sense of power, a sense of control, a sense of accomplishment. This is all great and wonderful.


However, when men and women apply this mathematical thought dynamic to interpersonal relationships, then there can only be a master-slave relationship. This is because you are trying to “figure your partner out,” not so that you can better support or assist them, but so that you can figure out their soul’s equation just for the sake of saying that you can do it. You are trying to solve a math problem, which only creates more problems between you and your partner as you approach the pinnacle of your arrogance. And I am not just talking to women, because there is no shortage of male mathematicians out here. Many women can testify to this fact.

You cannot “figure out” someone who is in a continuous state of becoming. There is no mathematical formula that can solve the mystery of man or the riddle of woman. Just when you think that you have found the correct equation, the answer suddenly and involuntarily changes. You cannot devise the correct equation if you have not first pinned down the correct answer. I say, fuck the answer. Fuck the equation. Just love now, because what you believe to be your future is merely a potentiality that will never be realized, an oasis in the dessert that you will never reach, if you do not first cross the bridge of Here & Now with your lover hand-in-hand. 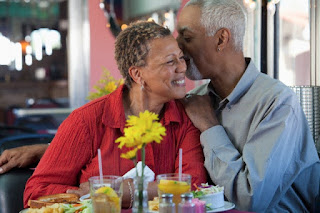 Anyone who knows me well has learned that I am much, much, more than they initially thought I could be. And I’m still growing, even as I write this. To be completely honest with you, I still don’t really know the full extent of my greatness. I would have a better idea if I hadn’t spent so much time busting through fish tanks that fishers of men have tossed me in.

I’m not a goldfish. I’m a whale—come holler at Moby Dick. I’ve come to sink my Titanic beneath your ocean of dreams, tormented screams when my shots burst. Too bad, they should’ve popped first. I’m not talking about a gun, but my pen, another writer’s murked. They loose in this bitter game of fame as red ink rains from cratered chests. I’m no good, I’m the best. I leave no mess of unlettered pests. Faceless love is rendered to ash, as tainted blood is splashed like trash, I mop it. Math? I drop it. Cash? I cop it. Max my profit. Blast a rocket, and blow up a Challenger like it’s ’86 when my brain’s plugged into a socket. Got it? My supreme editorial dicks down amateurs like lesbians in heat with plastic meat. When the minions jock, I strap, you rock, as I rap, and map new terrain with Zulu babes on higher planes. My MIND roars. My pen soars as I GLOW, pulsate, and ascend, enlightening the minds of women and men, with MEDIA that blasts shells, and casts spells, to arouse and awaken them. From Brooklyn, New York to the Serengeti, from the shores of Java, to outer space. Call me the oracle and scribe Tehuti. Let me show thee my face.

I defy any and all categories, yet I fit into them all wonderfully. However, I am not unique in that regard. The same could be said about everyone who has read this far. As brother Kamene pointed out in his lecture, Black women gave humanity the psychological keys it has needed to navigate its way through the MATter of Terra MATer through MATh. It is to them, humanity owes its deepest gratitude. However, we must never forget that it is in the masculine, artistic, creative mind, that whirling inner world of brilliant chaos, that we will find our way home amongst the stars.