Beyond the Chocolate War: Venus vs. Mars 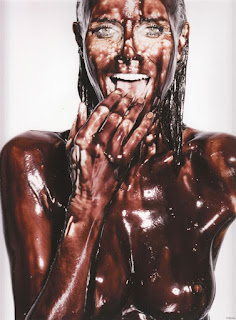 “Chocolate is a perfect food, as wholesome as it is delicious, a beneficent restorer of exhausted power. It is the best friend of those engaged in literary pursuits,”

Many centuries ago the Celtic and Germanic people believed that their sacred burial grounds were populated by mystical dark-skinned elves whom they called “Brownies.” These so-called elves were actually miniature chocolate people. This is where the concept of the “fudge brownie” comes from. Whenever you sit down to eat a Little Debbie’s brownie—which is a miniature chocolate cake—you are figuratively eating the Twa people, whom Europeans called pygmies after they colonized and carved up Africa.

The preconscious desire to consume African melanin and culture is apparently embedded in the genetic memory of the Germans to this day. Maybe this is just one of the reasons why the German model and actress, Heidi Klum—who is gleefully covered in chocolate in the picture above—married the Nigerian singer, Seal. Meanwhile, German chocolate manufacturer, Bahlsen, produces a thin wafer cookie covered in rich dark chocolate called “Afika.” It tastes pretty good. I guess those Germans know their chocolate.

Anyone who knows me pretty well is aware that I LOVE to eat chocolate cookies—especially the ones made with dark chocolate. Eating dark chocolate helps me to replenish and rejuvenate my melanin which becomes rancid as a result of my frequent interactions within this hostile Western society. Chocolate tastes best under warm temperatures. Cold temperatures cause it to go stale. Now apply those facts to Chocolate People and consider what that implies. I will talk a little bit more about my love affair with chocolate cookies when, or if, I get the “green light” to do so in The Mysteries of Sex Magic II.

The Twa, whom I mentioned earlier, were highly regarded throughout the ancient world for their piety and mystical powers. In ancient Kemet, the vertically challenged god Bes embodied the earliest concept of what one might call a “guardian angel.” The Ugandan dwarf was said to bring good luck and prosperity to those who carried him in their hearts. Etymologically speaking, the word “bless” originally meant “to be covered in blood,” however I wouldn’t be surprised if there were also some etymological connection between the words “bless” and “Bes.” God Bes the person who finds credible literature that supports my conjecture. 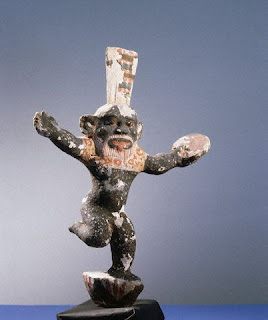 
Nevertheless, The Chocolate War that is currently being waged against archetypal humanity is not a matter of conjecture. In fact, it is as real as the Ugandan chocolate that is on my altar right now. As reported on preventdisease.com, 70 percent of the world’s raw chocolate is slated to be genetically modified. The culprits behind this push towards synthetic delight are the United States Department of Agriculture (USDA), the computer giant IBM, and the U.S. chocolate manufacturer, Mars Inc., which is putting up most of the money to turn this nightmare into a reality.

Mars Inc., which grosses at least $30 billion annually, came under fire from PETA and other animal right groups a few years ago for conducting cruel experiments on animals. The company which makes “food” products like the Mars Bar; M&Ms; Skittles, Snickers; Twix; 3 Musketeers; Milky Way; Pedigree dog food; Whiskas cat food and Uncle Ben’s rice, is named after Frank Mars who launched the brand in 1911. 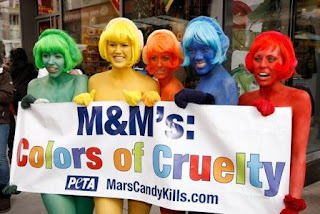 However, students of world mythology know that Mars was originally the Roman god of war. Astronomers often refer to the planet Mars as “the red planet,” which happens to be one of the root chakras in our Milky Way galaxy. This base energy center—which is deeply rooted in man’s internal galaxy—is responsible for his primal appetites, warlike nature, and violent displays of passion. The root chakra is the only thing being activated in children who eat Milky Way chocolate bars and then start throwing textbooks at their teachers and terrorizing their classmates. 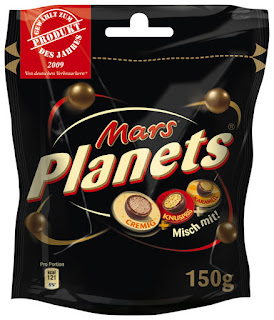 Chocolate comes from the cocoa seeds of cacao trees. Before cacao ripens it is green and yellow, which are the sacred colors of the goddess Venus who rules over the zodiac sign of Libra. It’s ironic that rapper Lil Wayne, who is a Libran, released a song called “Green and Yellow” shortly after I published my Green Magic series. I am also a Libran. According to the International Cocoa Organization (ICO) statistics for 2008-2009, Europe accounted for 50 percent of the world’s cocoa consumption, while the United States accounted for over 32 percent. This means that Western countries account for over 80 percent of the worlds’ cocoa consumption. In 2010, the U.S. state department gave Mars Inc. an award for “corporate excellence” for its alleged effort to sustain the production of authentic cocoa which is supposedly in danger. 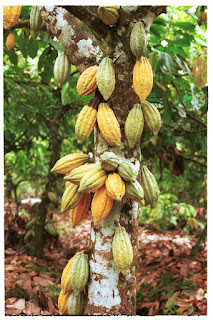 Most of the world’s cocoa is produced in West Africa, which is no secret to Heidi Klum. The fact that the Olmecs of Central America were producing cocoa, and drinking hot chocolate at least 5000 years ago, only strengthens their cultural ties to West Africa in my mind. In my two-part 2010 series, which I wrote a little over a year ago, I explore the connection between the Olmecs and the Akan people of Ghana. 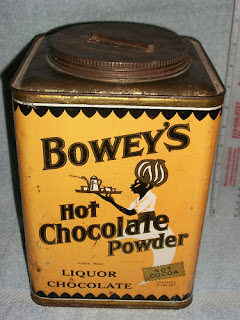 Hiding behind the bullshit excuse that it wants to help African cocoa farmers, Mars is trying to feed everyone on the planet fake chocolate by 2012, which is when the International Cocoa Agreement (ICA) enacted in 2001 expires. The genetically modified chocolate that Mars wants us to eat could be laced with cockroach DNA, for all we know. If I start twitching and doing the Harlem Shuffle whenever I lay on my back, then there’s going to be a problem. However, that's highly unlikely since I won't be eating their products.


Some of you who are reading this blog are probably saying to yourselves “Okay, this is interesting information, but what does this so-called ‘Chocolate War’ have to do with me?” Well, with regards to all of these breaking developments, or lack thereof, we should keep in mind that chocolate—and I’m talking about REAL chocolate, not that genetically modified shit—releases endorphins in your brain that make you feel like you’ve fallen in love. 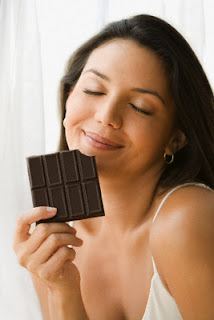 It also stimulates the production of serotonin in your brain, which is where melatonin comes from. Melatonin assists you in having a good night’s sleep, which is necessary for spiritual regeneration. This explains why most people are cranky when they don’t get enough sleep. The crankiness that sleep-deprived people display is a desperate attempt to combat mental and spiritual fatigue.

If you’ve read books like DMT: The Spirit Molecule, by Rick Strassman M.D., or even a variety of science and medicine journals, then you may already know that serotonin—which authentic chocolate stimulates the production of—contains tryptamine, which is the active ingredient in all psychedelic drugs like LSD, DMT and MDMA (Ecstasy pills). Interestingly enough, most anti-schizophrenic medications are serotonin inhibitors. When your Third Eye (The Eye of Heru) is opened it secretes massive amounts of serotonin. Schizophrenia occurs when an individual opens the Eye of Heru and they are not ready to see, or cannot process, what is in their metaphysical field of vision. Paxil doesn’t remove anything from the schizophrenic’s field of vision. It temporarily blinds them to what is there.

During the 1960s and 70s new age guru and C.I.A agent, Timothy Leary, was encouraging white hippies and beatniks to take LSD to raise their consciousness and boost their creative potential. However, healthy people with lots of melanin produce enough tryptamine NATURALLY. Highly melinated people don’t need man-made recreational drugs to be creative and heighten their awareness. All they need is authentic chocolate, a focused and attentive mind, coupled with a burning Desire to give the world the best that they have to offer. Desire is a seed. Knowledge is its tree. Understanding is the chocolaty reward once the cacao is pounded into wisdom. This is the Holy Trinity that is so sacred to our very lives. 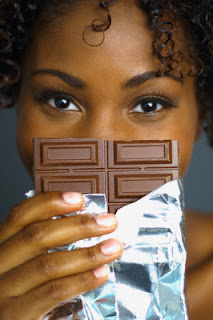 What we are actually witnessing with Mars Inc’s push for global GM chocolate is a formal act of war against those Venusian qualities that reside within you. In ancient Rome, Venus was the goddess of love, sensuality, beauty, fertility and the imagination. Western society is working around the clock to divorce us from having any firsthand understanding of what these qualities are, and how they can enhance our lives. The base individuals seek to accomplish their mayhem and mischief (M&Ms) through technology, dogmatic religions (Judaism, Christianity, Islam), Planned Parenthood/Eugenics, and standard education.


All of the qualities associated with the goddess Venus—who is also known in other world cultures as Heru Het, Oshun, Lakshmi, Aphrodite, Innana, Ishtar, Erzulie and Al Uzza—pose a significant threat to Western civilization’s Cyborg Agenda. Venusian attributes are critical for any creative endeavor. First Order beings CREATE. Second and Third Order beings merely exist and subsist off of the efforts of creative beings. I write for the thrill of the ink spill, and the excitement I feel when I’m read. And although I’ll write for free, or fee, I deposit checks and stack bread. 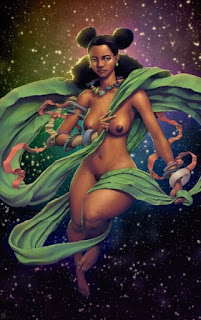 
We must seek the Middle Pillar in times of Severity when a perceived adversary grants us no Mercy. Listen to music that instills in you a sense of internal harmony and peace of mind. I love Miles Davis’ Sketches of Spain album. John Coltrane’s Love Supreme is great too. Calming music can help you to amplify the very thing that the Beast would like to take away from you. Another simple, yet highly effective way, for us to combat the onslaught of the synthetic is through the practice of Green Magic. Invest your time, money, and most importantly, your ATTENTION in people who use their creativity to reinforce YOUR highest ideals and aspirations.


The world is full of First Order beings that practice education, art, entertainment, science, media, business and agriculture. Many are doing incredible work for themselves, but in altruistic service to others. We need to support them as best we can, because in doing so we’re only fortifying our love for beauty. This love inspires us to feed our imagination and externalize the creativity that we were made to embody. It’s Venus versus Mars. It’s time we came back down to Earth.

www.mindglowmedia.blogspot.com
Posted by Mind Glow Media at 12:10:00 AM