The Secret History of Rastafari & The Mystery of the 7th Seal (Pt. 4 of 6) 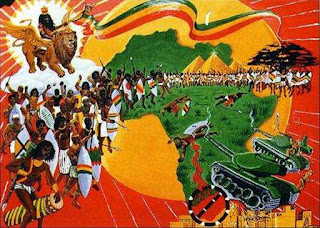 When the Moors came to Jamaica they brought with them the science of Obeah which is the practice of ritual magic (Light Side) and sorcery (Dark Side). The Jedi Master Obi Wan Kenobi from the movie Star Wars, was nothing less than a Westernized depiction of an Obeah man as he tutored the young Luke Skywalker in the way of THE FORCE. Although Obeah is not as elaborate as the Vodou spiritual system of Haiti it is still extremely potent.


In 1760, the same year that Roman civil law was incorporated into English common law, there was a Jamaican Maroon revolt known as the Tacky Rebellion where Jamaican slaves beheaded their British masters with machetes sharpened to perfection. The Maroons, who directed this revolt, were Obeah priests. Following the rebellion the British controlled Jamaican assembly made the practice of Obeah a capital offense punishable by death. You can read about that and more in the book Sacred Possessions: Vodou, Santeria, Obeah and the Caribbean edited by Margarite Fernandez Olmos and Lizabeth Paravisini-Gerbert.


There are some in the Black nationalist community who question the importance of studying metaphysics and the occult. However, history has proven—beyond a shadow of doubt—that there has NEVER been a successful Black revolution in the Western hemisphere that did not involve the conscious application of metaphysical principals and the dedicated practice of occult rituals. Cuba (Lucumi/Santeria), Haiti (Vodou) and Jamaica (Obeah) give us tangible proof of this fact. 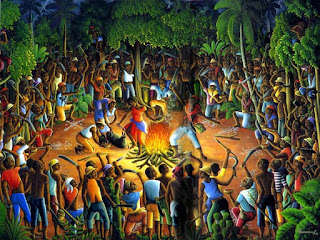 Dutty Boukman, the Jamaican Heru who sparked the Haitian revolution of 1791, was an Obeah man. The night before the Haitian sons and daughters of Ham went H.A.M (Hard As a Mutherfucka) on Napoleon and his hapless French battalions, Boukman sacrificed a black pig to a mysterious African deity. Boukman and his rebels were virtual Baron Samadhis as they disemboweled French corpses and laid barren their bodies. Napoleon didn’t recognize the power he was up against. The bitch should have asked somebody. Interestingly, the prehistoric Kemetic god of brute force, revolt, and anarchy known as Set was sometimes represented as a pig. Set’s center for worship was at the temple of Kom Ombo near the border of Nubia which the ancient Greeks called “Ethiopia.”


Many Rastas, despite promoting African pride and Black self-determination, are not very quick to embrace traditional African spirituality; at least not openly. This occurs despite the fact that some of the early patriarchs of Rastafari, as we know it, practiced African mysticism. Some Jamaican UNIA members living in Harlem, New York who knew the Rasta elder Leonard Howell when he lived there in the 1920s referred to him as an Obeah man. Nathaniel Hibbert was an early Rasta metaphysicist.

I’ve heard the Rastafarian dancehall artist Capleton “bun fiyah pon” (condemn) Obeah workers, yet his nickname is King Shango. Shango is an African deity (who was both a warrior and a musician according to mythology) worshipped by some of the same people who brought the science of Obeah with them to Portmore (Port of the Moor), Jamaica. 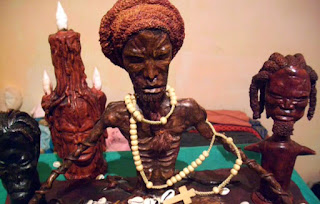 When I interviewed the dancehall great for my entertainment magazine in 2004 to help promote his Reign of Fire album (which is an excellent album by the way), I asked him if he knew the cultural significance of his nickname. He simply nodded with what looked to me like a knowing smile. He knew that I was not the typical reporter asking him the same bullshit questions.

The Rastafarian curse words “bumbo clot” or “blood clot”—which members of the larger Jamaican society eventually started to use in the 1970s—is a reference to the female menstrual cycle, which many Rastas consider a sign of female impurity. However, if it were not for the menstrual cycle these men would not have women capable of giving them children who would in turn carry their legacies into another generation in the years following the inception of the Lucifer Experiment. 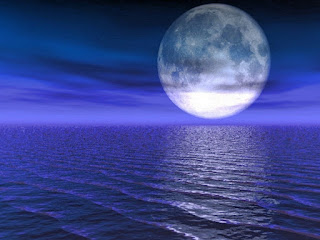 Also, we would not have developed a calendar system to measure time. Although time is an artificial construct of 3rd density it still enables us to navigate our way through 3rd density as long as we are living in it. Ask any farmer whether or not a system for measuring time is important to their livelihood and see what they tell you. When NASA told us that it put a man on the moon, it gave us the image of an Astro-Naught—and I call Neil Armstrong that because those phonies never sent a man beyond the Van Allen belt—standing in front of a flag that he planted in the moon with his supposedly strong arm, hence the name Armstrong. 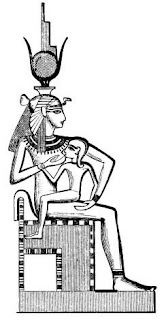 The flag staff inserted into the moon is all phallic symbolism. The United States was in the middle of a Cold War with Russia and was trying to hypnotize the world into believing that it had power over the moon goddess Auset (Black women as a collective) and that it had mounted the throne of Ausar to have dominion over planet Earth and control the forces of nature. The Astro-Naught in the picture below is even decked in all white, which is Ausar’s sacred color. But I guess that that's just a coincidence, right? This was the first Diana Ritual, and it occured in July of 1969. July is the month that the star Sopdet (Sirius) rises to its highest point in the heavens. The star Sopdet was almost synonymous with the goddess Auset and the Kemau at one time based their annual calendar around her rise. 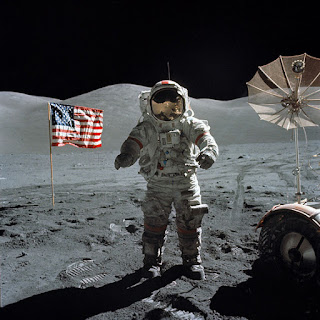 Neil Armstrong the Astro-Naught in all white 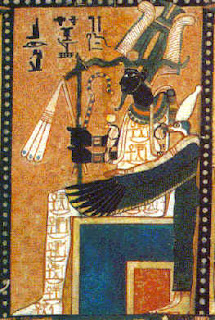 The original calendar year was not 13 months or 28 days long because men invented it. The lunar calendar was initially introduced by women, and it was based on the female menstrual cycle. The menstrual calendar synchronized the mind body and soul of the Black Man and Woman with that of the Earth’s planetary spirit. The solar calendar has its benefits as well, and I will discuss them in greater detail at a later time.


What I will tell you now is that it can be used to engender the idea in the minds of a large number of people that they must defer their personal power to a smaller group of people who make up what we would call governments today. In ancient times, these small groups took the form of a dominant priesthood, or a royal family. People deferring some of their personal power to a smaller group of individuals WHO LIVE TO SERVE THEM is not inherently bad. In special circumstances, it might even be the ideal.


However, the question of our time is how many men and women can responsibly manage that much power without being tempted to take advantage of the public that they have been entrusted to serve? Not many. Your newspapers and history books have proven this. If you have made someone or something the center of your solar system and they are not, or it is not, inspiring you and edifying you in some kind of way then you are a victim of Solar Sado Sorcery. Your mind is your wallet, and your attention is your most valued currency so you must be careful about who and what you choose to invest your attention in. 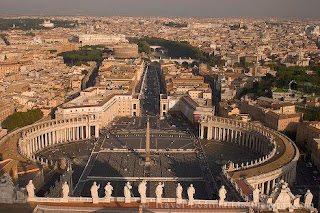 The Roman Catholic church knows the metaphysics behind calendar systems, which is why it has imposed its own version of the solar calendar on the world. The Gregorian calendar, which the majority of the world uses, was introduced by Pope Gregory XIII. If we use the Kabbalistic science of gematria we will find that the name “Pope Gregory” gives us a numerical value of “566” which corresponds to Tzalmaveth the Hebrew Shadow of Death. This means that since 1582—the very year that the Gregorian calendar was implemented by Pope Gregory—humanity has been living under the shadow of death.


The Vatican, in tandem with its Ashkenazi sorcerers, make up the occult heart of Western society. As long as we adhere to the Vatican calendar we give life and vitality to this mockery of Western civilization which is little more than our subliminally-coerced participation in a variety of ritualistic activities that feed the vampiric Vatican priesthood.