The Lucifer Experiment: Return to the Emerald City Pt.2 of 2 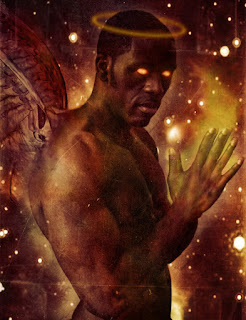 In Transformers: The Movie (1986), we see Megatron’s transfiguration into Galvatron, whose entire image is based on that of the ancient Moor, Nimrod. While Megatron transformed into a hand gun in the cartoon, Galvatron, transformed into a cannon. This is a significant detail, because unbeknownst to many, the cannon was actually invented by Islamic Moors from Spain in the 13th century C.E. These cannons were used for the sole purpose of blowing away the Pope’s hapless Christian knights during the bloody Crusades. 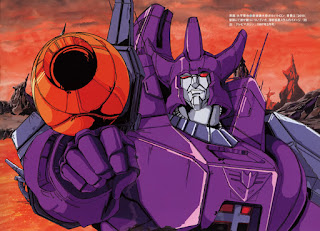 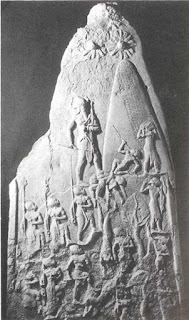 
In the movie Galvatron is sent out into the cosmos by the ringed planet Unicron to destroy the Holy Grail known as the Autobot Matrix of Leadership. After Galvatron captures the matrix, he links it to a dookie-rope chain which he boastfully flaunts and wears around his neck. Now, if that isn’t Moorish, then I don’t know what is. Unicron is based on the god Saturn, who’s known to be as Hard As a Muthafucka on the apathetic and indolent.


The Black god Saturn was especially exalted in the last Age of Capricorn, which is when H.A.M (Herus Among Mortals) walked planet Earth. At the close of Transformers the Movie, you see Unicron’s decapitated head with its two horns floating around Cybertron, which is the home planet of The Transformers. This is an allusion to the Baphomet goat head, which is related to the Goat of Mendes and the Age of Capricorn. The zodiac sign of Capricorn is traditionally represented by the goat. Occultist, Bobby Hemmitt, has explored this topic at great length in his lectures. The book Genesis of the Grail Kings by Laurence Gardner has some pertinent information on Ham as he relates to the Goat of Mendes for those who are interested. 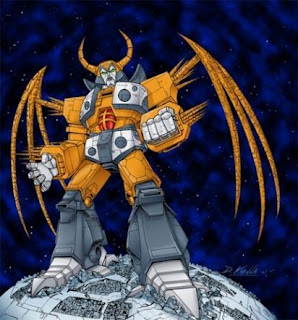 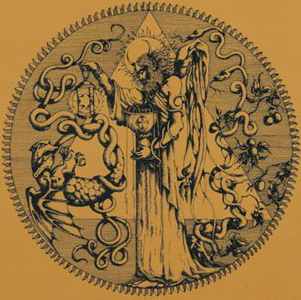 As it has often been said, Art imitates life, because on the Kabalistic Assiatic plane that you and I occupy, Satan—like Unicron—WANTS the material world, the Matrix, to be destroyed so that his bid in Malkuth will be up. That is why Satan, who is Lucifer’s shadow, encourages you to pursue all of your material appetites because he knows that the quicker your appetite for matter has been satiated, the quicker he will ascend to the throne of Kether where he will sit on the left hand side of his father.


In the book, Aghora: At the Left Hand Path, author Robert E. Svoboda discusses how the Tantric goddess, Kali-Ma, takes the same approach towards man. She ALLOWS him to fulfill all of his earthly desires, because in her ageless wisdom, the Mother Goddess knows that eventually his spirit will become bored with outer worldly pursuits and thereby turn inward towards the inner world of the spirit. For those of you who may be confused by my reference to Kali as a “Tantric” goddess, I must explain that Tantra was in fact the spiritual system practiced by the Blacks of ancient India. What we casually call “Hinduism” is nothing more than a racist political system created by the Indo European invaders of India who co-opted indigenous Indian spirituality and culture. 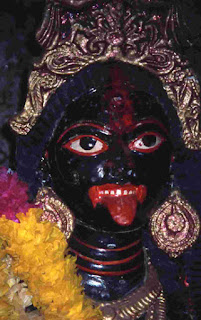 Kali-Ma
As long as you and I have an appetite for material comfort Satan will remain imprisoned in hell where he will whisper in our ears, beckoning us to turn him loose from his earthly cage made of flesh, blood, and bones. The devil is an adversary for man, but he was never an enemy of God. The devil works as a steward on the behalf of God to help bring forth God’s Divine Plan through a kind of “Hegelian Dialectic” for lack of a better term (Isaiah 45: 7). For those Blacks who are still saying that “the white man’s the devil” in 2011, this fact should give you a great deal to think about. Are you a god, or are you a man? Are you a goddess, or are you a woman? These are questions that we are all forced to answer on a day-to-day basis.

For years I’ve been telling people who are into metaphysics and ancient mythology that they should watch Transformers: The Movie. Not the ones that came out in 2007 and 2009. I’m talking about the one that was released to movie theaters in August of 1986. Most people figure that it’s just a cartoon for children, but if you watch it with your first eye open you will see that it is more, much more, than meets the eye.


The name “Lucifer” literally means “Light Bearer.” The Statue of Liberty who is holding the torch and painted green, is actually a statue of Lucifer, who was sometimes considered a woman given the Venus connection. Lucifer is called “The Morning Star” which remains a title for the planet Venus. The word “Liberty” in the name “Statue of Liberty” comes from the old Latin “Librare” which means “to free.” The Greek god Prometheus—who like Lucifer, is primarily based on the Ethiopian angel, Shemyaza—came to earth to free Mankind from ignorance by warming his icy soul with the gift of fire (vital knowledge).

From the Latin word “Librare” we also get the name for the zodiac sign “Libra” which is ruled by Venus, who is also known as Lucifer. To extrapolate on the Latin word “Librare” even further, we also discover that it gives us the word “Library.” How so? Well, libraries “free” the human mind from the shackles of ignorance and are both literally, and figuratively, houses of fire (vital knowledge). If a Library is a house of fire, then that would certainly make it a “Light Bearer,” which as I said before, is what the name “Lucifer” translates to mean. So every time you go to the library you are actually going to a Lucifereum. Yes, I just made up a new word.

Lucifer in his fallen state is the embodiment of vanity, arrogance, pride and unfettered ambition. On the rise, Lucifer embodies the godly virtues of altruism, self-sacrifice and self-realization. The cow jumping over the moon in the nursery rhyme is all about the intuitive, imaginative mind (the cow, Heru-Het, Hathor) overcoming the intellectual, rational mind (moon). The moon is symbolic of the intellect because it focuses and “reflects” the sun’s light just as the intellect focuses and “reflects” on the contents of an imaginative, intuitive mind. The dish running away with the spoon is about man (spoon) and woman (dish) escaping this Hell’s Kitchen called earth together by perpetually giving the hungry delectable food for thought. Few can serve a hot plate better than a Butler can. 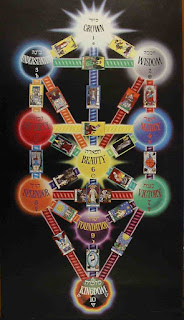 The Tree of Life

Lucifer’s wings will not mend, and he will not rise, until the appetite for materialism that God planted in his mind ferments into a desire to return home to Mount Zion (Mountain of the Sun), the abode of the spirit, which is the pineal gland in your brain. This is the coming of the sun of man, or rather, the sun in man, whom the Kemau called Ra. When we gaze at Lucifer with our first eye, as opposed to our second and third eyes, then the Lucifer paradox, like all duality, ceases to exist.

The more you open your heart chakra, the more prepared you will be to become the next rags to riches story. However, the riches that I speak of in this case are entirely of the spirit. No matter what pantheon you’re dealing with, the goddess of love is ALWAYS the goddess of material wealth. Why is that? It is because all original people understood that in order for you to build lasting material wealth you would have to build it by doing something that you genuinely loved. A person who makes a living doing what they love is a person who is always at play and never ever at work.

However, when you do not have a soul, opening your heart chakra creates a vacuum that can only be filled through an endless accumulation of material goods. With that being said, it should be clear that opening your heart chakra and actually activating it are two totally different things. If a man parts, and thereby opens a woman’s legs, the woman will become more AWARE of her vagina, but her vagina will not be activated until it is STIMULATED by the man. Once the female vagina is stimulated, it is permanently programmed, just as the activation of the heart chakra programs the soul.


Etymologically speaking, the word “Tongue” can be traced back to the Latin word “Lingua” which comes from the Sanskrit word “Lingam” which literally means “Penis.” So technically speaking, everyone who can talk is walking around with a penis in their mouth. Me, I’m a quiet man who prefers to write and let others do the talking. Besides, a man’s tongue should be reserved for the finer things in life. Every Coochie Computer has its own unique binary code. It can be programmed by the first penis, the second, or both. For the sensually inclined woman, C++ is not a computer programming language, but a copper-topped cock that can shatter rock and pummel punanys. 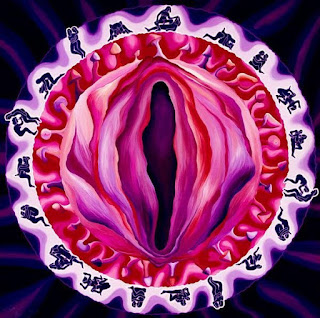 About 10 percent of the United States population controls over 90 percent of the world’s material wealth. This could only be the desire of internally bankrupt men without souls who are desperately trying to fill a void. This truth might be as clear as day to you and I, but it seems to go over the heads of Babylon’s Banksters like Big Pun and Eva Longoria on a seesaw. When a person has a rich soul they do not have this inherent sense of lack that must be compensated for through the endless accumulation of material wealth. They know, although perhaps not consciously, that a person’s true wealth is not in their pockets, but in their heart. When your chakras are rich with the currency minted by your soul, then you are truly a light bearer. Yet another lesson learned from the Lucifer Experiment.