The Lucifer Experiment: Exodus from the Emerald City Pt.1 of 2 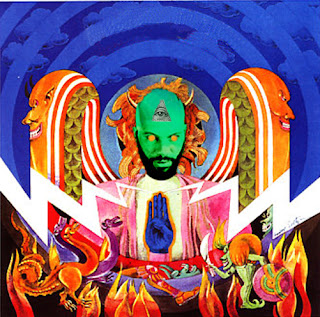 The circumstances that eventually lead to the widespread use of paper currency in the United States is not often explored. According to an article on the University of Notre Dame website entitled The First Printed Currency: Massachusetts Bay December 10, 1690, it all began when Sir William Phips, a colonial general from Boston, laid siege to Quebec, Canada with over 2,000 soldiers on 32 ships. Phips had promised his troops that he would divide the spoils of war amongst them after they defeated the French Count Frontenac in battle.


However, as history would have it, Phips’ mouth wrote a large check that he and his troops couldn’t cash, as they failed miserably in battle. Panic set in. So in an effort not to prevent mutiny on the part of the colonial soldiers, who expected to receive payment for their duties as promised, 7,000 British pounds worth of I.O.U notes were handed to them as credit. This set the precedent for what eventually lead to the use of Federal Reserve notes throughout the United States of America today.


When we consider how much occult power there is backing the U.S. dollar, it becomes clear that it was literally DESIGNED to conquer the global money markets. With that being said, the dollar’s decline could only be the culmination of some kind of conscious effort. Apparently, this effort is being carried out by an intelligence whose power supersedes that of the dollar’s framers.


In the year 2008, the U.S. economy began its freefall with the crumbling of the housing markets. On September 29th of that year, the Dow Jones plummeted 777 points on the New York Stock Exchange. Now, keep in mind that September 29th is within the sign of Libra which is astrologically ruled by Venus, the planet that has always been linked to Lucifer through mythology. The number “777” is extremely significant here, because according to the Judeo-Christian mythos, when Lucifer fell from heaven to Earth he went down in the flash of three lightening bolts that resembled the number 777. 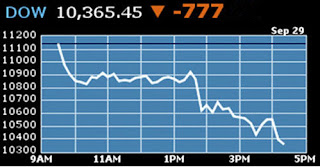 According to the Christians, Lucifer fell from grace as a result of his vanity, false pride, and uncontrolled egotism. According to the mainstream news media, these are the same character flaws that were exhibited by Lehman Brothers C.E.O, Richard S. Fuld, and some of the other Titans of Wall Street that year.


7x7x7=343. 3+4+3=10, and if we break the number 10 down even further, then 1+0=1. One is the first path on the Kabalistic Tree of Life. For the ancient Kena’Anu, the universal intelligence that occupied this first sphere on their Tree of Life was Metatron, from whence you get the name for the Transformer, Megatron. The Decepticons are merely a stylized, cybernetic depiction of these ancient Moors, which explains why the Decepticon insignia is always purple. The ancient Greeks called the Kena’Anu who occupied modern day Lebanon “Phoenicians” because the name denotes the rich purple dye that these Moors used in their fabrics.

However, the so-called Phoenicians were actually known as the Kena’Anu, which reveals their ethnic ties to the Anu people of ancient Nubia whom the Sumerian Anunnaki came from. I make a very comprehensive, ethnographical connection between Nubia and the ancient Sumerian Anunnaki in my blog post, When the Sky Falls: The Real Story Behind the Anunnaki Pt. 1 of 2. From the name “Kena’Anu” you get the Hebrew name “Canaanites.” On May 14th, 2001 ocean engineer Paulina Zelitsky discovered underwater pyramid structures off the coast of Cuba engraved with what appears to be the script of the Kena’Anu.


The color purple remains a royal hue among Europe’s royal families because those families were all beneficiaries of Moorish high culture. Europe itself is named after the Kena’Anu princess, Europa. The Brooklyn street gang known as the Decepticons, which terrorized New York streets during the ’80s and ’90s, represents a subconscious attempt—albeit a misguided one—on the part of young Black men to reestablish the sense of brotherhood and fraternity that typified the grand Moorish legacy. I will discuss The Transformers in more detail in part two of this post. 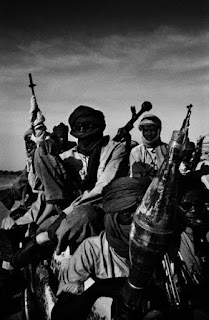 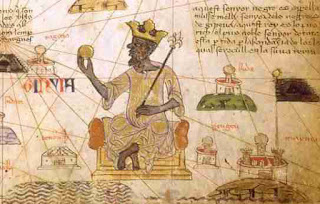 The Kena’Anu’s Metatron is just another cultural interpretation of the Lucifer archetype. According to the Gnostics and Kabbalistic mystics, Lucifer/Metatron fell because he resented the Matrix known as Malkuth/Sandalphon on the Tree of Life. Lucifer wanted no part of the Matrix because he saw himself as a being of light that should never be muddied with the muck and mildew of Malkuth. Moreover, Lucifer was afraid of loosing his luster as a result of his taking on a physical body by incarnating into, and thereby immersing himself in, the material world. What we fear the most, we often draw to ourselves. This is exactly what happened to Lucifer.

God banished the original Prodigal Son from heaven because it wanted to teach Lucifer a lesson. God wanted to cleanse Lucifer of his fears. It wanted its most brilliant angel to know, and not believe, that no matter how far it fell from heaven, it would ALWAYS be an angel of light, because when you get your light from God then that light can never be blotted out by any murky experiences or circumstances in life. 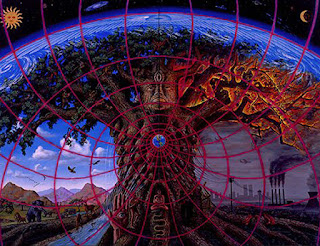 
Even the worst person you’ve ever met has an inner light that may shine through from time to time. God is teaching Lucifer a divine lesson by allowing the Fallen Angel to assist in the spiritualization of matter. Lucifer achieves this by shining his light, which in turn redeems the Fallen Daughter that he formerly despised for not having the light that he possessed. In Hebrew the word “Geburah” means “Power.” It is my opinion that in its essential context this is a reference to the inherent power within our planet, as in Geb (Earth) Ur (Fire) Ra (the chi, the internal life force within all sentient life forms). Ancient Hebrew linguistics were highly influenced by the Kemau (Egyptian) and Chaldean languages that preceded it.

Like Lucifer, Terra Mater has become a light bearer as well, because she has been impregnated with the light that she got from the Fallen Black Angel. Through the Severity of her experience, the Earth Mother has accreted enough light to begin her own ascension up the Tree of Life where new and exciting realities await her in higher densities of experiential wonder. In the Ethiopian Book of Enoch Lucifer is called Shemyaza, which means “he who came from a name,” in Hebrew. Lucifer fell because he was afraid of the mere thought of loosing his “name,” his “reputation.” If you’ve read this far it should be clear to you that the entire Lucifer story is an allegory about the Black Man and Woman’s vibratory descent into matter and the polarization of consciousness that came along with that descent. You can read some more about this Fall from Grace in Rudolph Steiner’s book, Cosmic Memory 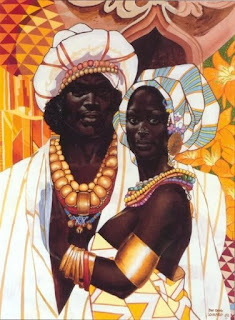 Hebrew, like Arabic, is considered to be a Semitic (Shem-itic) language with linguistic roots in . The historian, Drusilla Dunjee Houston explores the cultural impact that had on the Near East and in her seminal work, Wonderful Ethiopians of the Ancient Cushite Empire. Shemyaza—who lead a host of heavenly angels—taught women how to make and apply makeup, as well as adorn themselves with jewelry, so that men would be blinded by the light of their physical beauty. As a result, several men were no longer able to see the inner beauty of their women which often dulled beneath the radiant veil of superficial delight. As it was then, so is it today.