Hieroglyphs of Love: The Papyrus of Ani Revisited Pt. 2 of 2 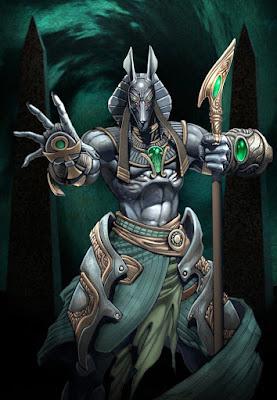 When a woman truly loves the man that she has sex with she willingly surrenders some of her life-force to him. The man absorbs her life-force energy which in turn amplifies his own. He then channels it up the 33 vertebrae of his spine until it reaches the cerebral cortex of his brain. When his cortex is intensely stimulated, a stargate portal is opened within the deepest recesses of his mind. This portal separates the Objective Plane of existence, which can be perceived by the five senses, from the sensual bliss of the Subjective Plane (the so-called spirit world).


The man who has this experience will attain higher levels of inspiration and awareness and find a new passion for life. In the B.O.C.F Ani witnesses Ra rising in the eastern sky after he enters the Tuat/Twat. The reference to Ra here has nothing to do with the sun in outer space. The B.O.C.F is actually talking about Ani’s inner sun, his Kundalini, the Serpentine Fire that rises up your spine and hits your cerebral cortex, resulting in the blossoming of the one thousand petaled lotus, your pineal gland. The “eastern sky” is the upper-right hemisphere of your brain, not the open space between the clouds above your head.


Since the man knows that his woman made it possible for him to make contact with Ra he will love her—if he is a good man—with all of his heart, which will then imbue her with more energy than she previously had. She will find herself doing things that she thought that she could not do. The love that the couple feels for each other is a mirror reflection of the love that they feel, or should feel, for themselves. Man and Woman represent two different aspects, two different polarities, of One Soul. Conceptually speaking, this is the metaphysical meaning behind marriage. A marriage occurs when two souls who once perceived themselves as being separate entities recognize and acknowledge the fact that they have always been one. 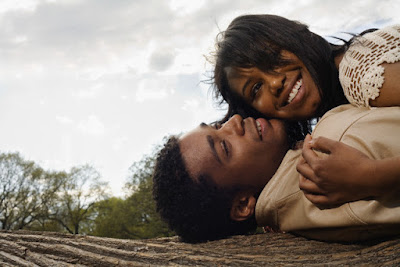 The B.O.C.F is a metaphorical guide to achieve spiritual transformation through the process of sexual intercourse. That’s why Ani undergoes numerous transformations upon entering the Tuat.When a human being experiences a superior orgasm they are literally out of their mind, because for that split second in time, they exist on a higher plane that is separate from our physical world. It is a world of thought, a world of feeling, a world populated by our highest hopes and aspirations.


Quietly as kept, an orgasm is actually a precursor to what we feel when our bodies expire and our souls are released from the shackles of the flesh. If you think back to how you felt at that split-second before your very first orgasm, you probably felt like you were about to die. Understandably, that sounds like an awkward statement for me to make, but I say this because there is an overwhelming sense of finality in that brief moment.


Man’s natural inclination to pursue as many orgasmic experiences as possible reflects his subconscious knowledge that the experience of ritual death (sexual intercourse) on a repeated basis is really living, and what many consider to be a pure life in this world (abstinence, celibacy) is actually death in its purest form. Before we can truly appreciate what it means to live in purity in the spiritual world, we must go for periods of time living what many may consider a pure life in this world.


The human spirit is the greatest expression of life and vitality, but it can only be cultivated when it is repeatedly subjected to the complete opposite of its own nature. This is the pressure that makes the diamond. This polar opposite—which in this case would be the world of Maia, the world of the five senses that you and I occupy—functions as a mirror reflecting the spirit’s nature, gradually reminding the spirit of what it truly is: an emanation from God itself. The fact that life down here helps us to grow spiritually only proves that it embodies the complete antithesis of what is real and true to us. Therefore, whoever truly wishes to live must die. The labia minora of the vagina are the Gates of Death.


As a youth growing up in a Rastafarian household I used to hear my dad and his brethren reason in our living room about how the Ark of the Covenant is in Ethiopia. While this is true, we must understand that the name “Ethiopia” is the land of Ethiops. Ethiops is another name that the Greeks gave to their god, Zeus. So, if Ethiopia is literally the land of Zeus then what does this tell us about Zeus’ origin? It says that Zeus is the son of a Black woman and that he was a Black man. We know that Zeus was a Black man because the name “Ethiops” in Greek means “burnt face.” The movie No Holds Barred starring Hulk Hogan was on point in that respect.


Zeus’ brother Hades lived in the underworld, but the underworld the Greeks were talking about was not the Christian concept of Hell. They were talking about Africa which was south of Greece thereby making it the so-called “underworld”. Watch the Clash of the Titans movie that came out earlier this year with your third eye open. The Medusa was actually an African goddess with dreadlocks. The Greek explorers who went to Africa came from a patriarchal culture so they were not used to women looking them directly in the eye! 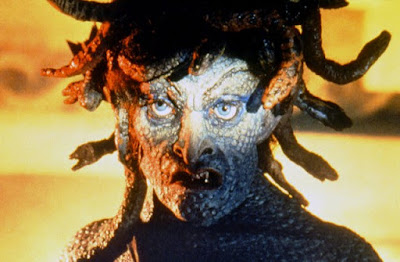 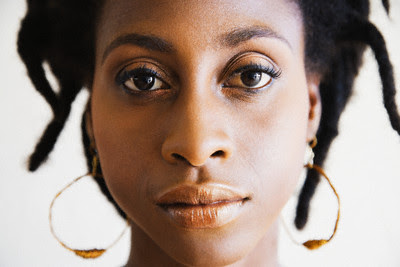 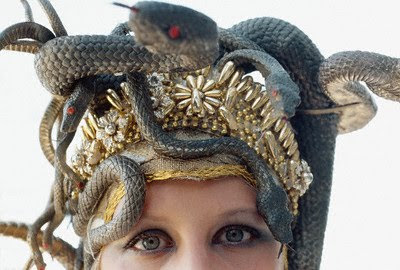 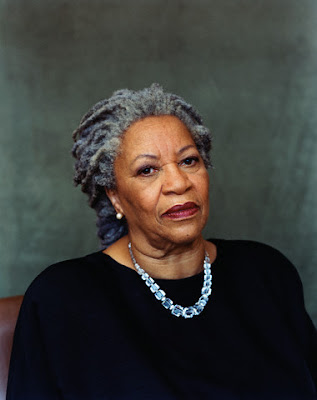 Greek women would look at the ground when Greek men spoke to them because they would be beaten severely if they did otherwise. When Greek explorers saw Black women in Africa with political power and wealth looking them directly in the eyes they felt powerless and made up stories about these Black women with writhing snakes for hair who could turn a Greek foreigner to stone with just one glance. To this day white men, and some Black men, have this fear of assertive Black women. They call them “difficult,” they call them “bitches” but often times these women are exactly who they are supposed to be.


Notice that the Medusa in Clash of the Titans had a hard time turning the nomadic rock man (Berber) to stone. This is because he was an African like she was and was subject to similar cultural mores, although the Berbers were more patriarchal in comparison to most African nations which were matriarchal. This may explain why the rock man was eventually turned to stone. Not to get sidetracked, but with regards to the Ark of the Covenant, Ethiopia is just a code word for every Black woman. The Ark of the Covenant is her vagina, not some pretty gold chest holding the Ten Commandments in an Ethiopian monastery. 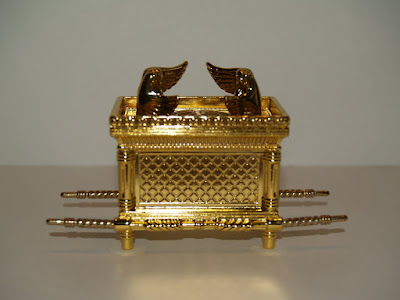 An ark, by definition, is a chest or a box. What’s the slang used for a vagina on the street nowadays? It’s called a box. Meanwhile a covenant is “an agreement held to be the basis of a relationship with God” (Oxford English Dictionary). Every time a Black man sticks his penis inside a Black vagina he is making a covenant with God to pro-create babies and/or his own reality. Every time a Black man and woman come together for sex they cannot help but accomplish one of the two or both. The more aware a man becomes the more careful he should be about where he sticks his penis. The more aware a woman becomes, the more discriminating she should be about what penis she allows inside of her womb. When we fail to do this, the situation can become a slippery slope, and I’m not talking about semen mingled with vaginal secretions.


The horrible demons and apparitions that confront Ani during his travel through the Tuat are simply colorful metaphors for the temptation that visits most men when having sex with a beautiful woman. It is the temptation to quickly rush to orgasm by violently fucking the shit out of her. It can be difficult for a man to avoid this inclination since a woman’s body gives a man so much pleasure. However, the wise sage triumphs over his demons by practicing the holdback method. When he reaches the point where one more thrust into the woman’s vagina will bring about ejaculation, he stops and takes a few deep breaths through the nose while contracting his prostate gland and pressing on the area between his anus and scrotum called the perineum.


In this area is a tube that transfers semen to his balls and then to the opening of his penis. Pressing on this area is the equivalent of stepping on a garden hose to create a backflow of water. With enough practice, and a healthy prostate, the man learns to holdback through the application of sheer will and does not have to utilize this technique with his hands. However, when it is practiced, it should be done while the man performs oral sex on the woman. This is because her vaginal juices will have a calming affect on his mind, kind of like chamomile tea. If pent up energy and frustration is the work of the devil, then performing oral sex on your woman might be the best scripture. The mere thought has me speaking in tongues. 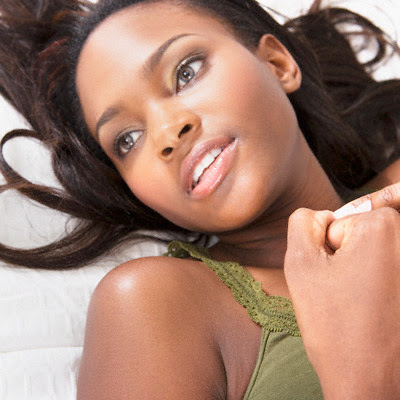 Each time a man avoids busting his nut while engaging in sexual activities he heals his body and reenergizes his spirit. Eventually his body adapts and he learns to have multiple orgasms without loosing any of his seamen. Seminal fluid contains testosterone which is needed for higher concentration and brain function which leads to creative thought. This explains why most of your great artists and creative minds are men and why championship boxers are advised not to loose their seed before a big fight. Testosterone is the basis for aggression, which is good when it is sublimated for creative endeavors.


A food that is high in testosterone producing agents is steel-cut oats. I highly recommend Bob’s Red Mill brand. When it comes to ejaculation use your discretion. A wise man knows that too much head can lead to the loss of “brain” fluid which causes a loss in brain fluid which inhibits access to The Mind.
Posted by Mind Glow Media at 7:29:00 PM