Hieroglyphs of Love: The Papyrus of Ani Revisited Pt. 1 of 2 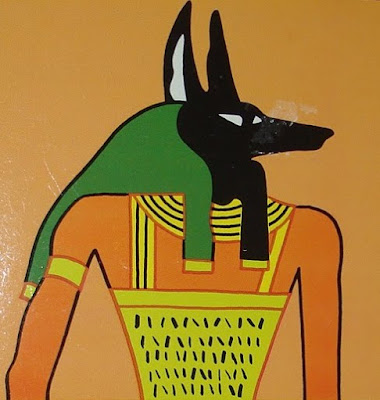 The ancient Kemetic (Egyptian) Papyrus of Ani is one of the oldest pieces of spiritual writing known to man. It predates the Bible by over 1,300 years. The book itself is over 3200 years old. Priestly scribes would write books that were specifically for their Pharaohs, Queens, noblemen and noblewomen before their deaths.

These papyri of poetry which contained spiritual affirmations that prepared these individuals for reentry into the spirit world were called The Book of Coming Forth from Night by Day (B.O.C.F). When the Arabs colonized Kemet in later centuries they foolishly renamed it The Egyptian Book of the Dead since they usually found it in the sarcophagi of dead mummies.

The Papyrus of Ani is perhaps the best preserved version of the Book of Coming Forth. Ani was a royal scribe who served under Pharaoh Ramses the Great circa 1200 B.C.E. When Ani died he was immortalized by his fellow scribes in the B.O.C.F. It is worth noting that in ancient Kemet the name “Ani’ meant “Beloved” and in modern day Ghana the name “Oni” means the same thing. In my two part series “2010: The Year We Make Contact” I linguistically demonstrate that today’s Ghanaians are related to not only the ancients Kemites, but the Olmecs.

According to the B.O.C.F, Ani was escorted through the Tuat which was the Egyptian name for the underworld. After his death he is guided through his new surroundings by the jackal-headed god, Anpu (Anubis). In his travels through the Valley of Death Ani encounters all kinds of demonic entities that try to devour his soul before he even reaches the throne of the god-king Ausar (Osiris) for his Final Judgment.

Once Ani reaches the throne of Ausar his heart is weighed on the Scales of Justice by the goddess Ma’at, who embodies the principle of divine order and universal truth. If Ani’s heart outweighs the feather of the goddess, his soul will be devoured by Ammit, a terrible beast that sits at the bottom of Ausar’s throne. However if his heart is lighter than the feather, he is granted entrance into the abode of the righteous where he will dwell with the gods and enjoy everlasting life.

Ani turned out to be one of the more fortunate souls as he was allowed complete entry into Amenta, the ancient Egyptian name for heaven. Then again, this should be expected since the entire papyrus was a written affirmation to help insure Ani’s transition from the world of the undead to the realm of the true and living. Once we understand that the Egyptian word “Tuat” became the English word “twat,” the Papyrus of Ani takes on an entirely new meaning.

When a man with a heavy heart engages in sexual intercourse he may suffer from premature ejaculation because the pain and anger he carries in his heart renders him incapable of expressing the natural vitality of his spirit. In such instances his woman goes sexually unfulfilled, which only magnifies the man’s overwhelming sense of misery and failure. For a man, prolonged impotence is the spiritual equivalent of having your soul devoured by Ammit, which in itself, is symbolic of man succumbing to his own lower nature.

To reverse his downward spiral the man must take responsibility for his own evolution to ensure that his heart is as light as Ma’at’s feather. Many of us have felt the anguish that comes with looking for love in all of the wrong places. However, looking for love in and of itself is a mistake. The real task at hand is to remove those internal blockages that inhibit us from receiving the love we desire in full. Once your inner world is transformed, the outside world will confirm it. We must learn to believe in the best part of ourselves no matter what our detractors and naysayers may say or think about us.


It’s been statistically proven by various independent research groups that Black men born and raised in North America—not South America, Africa, Asia or the Caribbean—suffer the most incidences of prostate cancer. This is due in large part to the fact that all of the overt and covert hatred that America directs towards Black men breeds feelings of anger and resentment, which, if not addressed over a long period time, become localized in the Black man’s reproductive organs. This often plays out as some form of cancer. Since it is the Black man’s manhood that is constantly under attack in America, this hate usually localizes in his genitals, more specifically, his prostate gland.

A Superior Orgasm, on the other hand, occurs when there is a true spiritual bond shared between the man and the woman who are having sex. They share their triumphs, tragedies, disappointments and victories in life together. Thus when they have sex they establish a spiritual connection that penetrates the soul and thereby enhances the orgasmic experience. 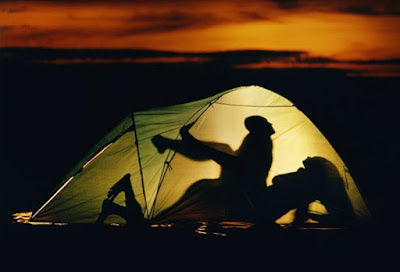 In one of his books—and I apologize for not remembering which one it was—the pimp turned author, Iceberg Slim, said that often times a John (a man who pays prostitutes for sex) might have the biggest penis, but he still can’t bring the prostitute he is having sex with to an orgasmic climax.


Iceberg said that the reason isn’t because the John is not skilled at various sexual techniques, because in some cases he might be. Slim said that it is because the prostitute does not have any emotional connection to the John so no matter how big the John’s penis is, no matter how fast and how long he thrusts rhythmically into her womb, she won’t dance to his music. She just will not cum. The prostitute is too numb and the John is too dumb for trying to invoke feelings in her that she could never genuinely have for him.
Posted by Mind Glow Media at 5:56:00 PM