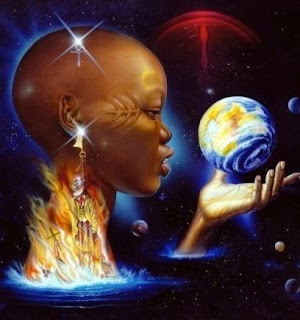 It is important to keep in mind that when the movie 2010 was released in 1984, the Soviet Union and the United States were the two most powerful nations on the planet. Within the framework of the Hegelian Dialectic, they represented (outwardly) the opposing philosophical polarities that powered Western Civilization during that era (Capitalism vs. Socialism, Democracy vs. Communism). The two Super Powers were often divided along political and economic lines which served as the basis for the manufactured Cold War following World War 2. Nevertheless, here they are joining forces for the common good of Mankind in the movie.

Eventually, the fate of the crew members, as well as the fate of Western Civilization, is dependent on a restored computer intelligence (an artificial intelligence) known as H.A.L 9000. In the movie 2001, this computer was onboard Discovery which was dispatched into outer space to study Jupiter, King of the Gods. However, upon approaching Europa—a Jupiter moon named after an ancient Phoenician (ancient Moorish) princess—H. A.L is shut down by the black monolith orbiting Jupiter. 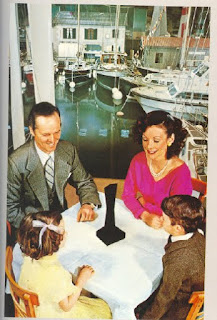 Throughout the film The Black Monolith is depicted as a mysterious Dark Matter intelligence presiding over the spiritual evolution of Mankind. This is Freemasonic Theater Sorcery. The only people who possess the melanin needed to unlock the vault containing the secret treasures of Dark Energy is Hue-Manity (Isaiah 45:3). Albeit, the evolution of the soul is certainly possible for select members of Mankind, most of them do not have the umbilical tie to Dark Matter which would make such a quantum leap, for them, highly improbable. The overwhelming majority can only silver surf through waves of delusion, pontificating on the inheritance of an imminent golden age from which they are alchemically barred. In the film, the computer H.A.L is restored by its original creator, a computer scientist onboard the Leo-nov named Chandler, who happens to be a professor at The University of Chicago.

While it is true that art imitates life, sometimes life imitates art. How ironic is it that in the real world of 2010, the future of Western Civilization rests in the hands of another man who was also a professor at The University of Chicago: President Barack Hu-ssein Obama. Western civilization—and by that I mean civilization in its truest sense—began with a Black man, an Olmec man. So who else but a Black man can keep Western Civilization alive? In his book, Obama: The Postmodern Coup, author Webster Griffin Tarpley paints a rather interesting picture of President Obama and explains why the president was much more favored on Wall Street than his 2008 election rival, senator John McCain. Tarpley says:

“The most immediate issue for the City of London and for Wall Street is to maintain Anglo American world domination in the face of numerous challenges…..With Bush-Cheney or McCain they have only a very limited chance of achieving this. An Obama presidency, by contrast, would give Anglo American imperialism a breathing spell, a second wind, a facelift, and a new lease on life. If Obama were not available the elitist bankers would have had to invent him……When an imperialist system faces an array of crises like the one which is presently enveloping the Anglo-American world system, even the short-term survival of that imperfection will tend to require forms of totalitarian mobilization which are exceedingly difficult to implement by means of a top-down coercion alone, and which are much more efficient if they can be based on the voluntary assent and willing or even enthusiastic mobilization of the masses.” 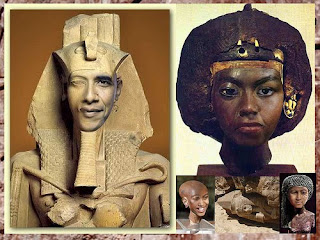 Much like the ancient Kemetic god Hu, President Barack Hu-ssein Obama has demonstrated a power over the spoken word which would be needed if he chooses to mobilize the masses towards the Killuminazi agenda. Tarpley is right in saying that if Obama was not introduced to carry out the agenda of the white ruling elite, they would have to prop up someone just else like him. The fact that they had to choose a Black man to ritualistically initiate their insidious agenda for the world only illustrates the lucid fact that the Killuminazi is running on fumes. This is not their time because they no longer have the twelve archons of Olympus behind them. They need the original man to bring the magic that they need to the table. Their playing a dangerous Game that they are only destined to lose. Their story is written in the stars and they are too powerless to erase it. Mankind's mockery of Western Civilization has left numerous scars on Hue-manity’s soul since the coming of Christopher Come-Bust-Us, to the shores of Ta-Meri Ka. Liquid swords couldn’t quench his insatiable thirst for theft and violence. Now that legacy which he errected is toppling upon his children as they face an endless tidal wave of cosmic retribution.

In the movie 2010, the Black Monolith turns Jupiter into a second sun and our solar system becomes a binary star system which ushers in an age of peace and prosperity on planet Earth. The Hopi Native Americans prophesized that when there are two suns in the sky (the second one is called The Blue Star Kachina) Humanity and the planet Earth will make the transition from 3rd density to the 5th (the 4th is merely a transition point between the 3rd and 5th) where time as we know it will no longer exist. As you think of something it will appear before you. This transition will signal the end of the Great Purification of planet Earth which we are witnessing with all of the madness going on across the globe.

From a purely Kemetic standpoint, the transformation of Jupiter into a second sun corresponds to Tehuti (Jupiter) restoring the left eye of Heru after it was wounded by Set in the legendary battle for the rulership of Kemet. Your left eye is controlled by the right hemisphere of your brain which is what Tehuti will actually restore. The restoration of Heru’s left eye is merely an EFFECT of his right-brain activity. Through Judaism, Islam and Christianity, the god Set, Lord of Chaos, wounded the Heru that lives in you by making you believe that magic was evil and that you could only achieve spiritual salvation by bowing down to Yahweh, Jesus and Allah. The right hemisphere of your brain gives you access to your imagination. Your imagination is that aspect of your mind which deals with creative visualization. Creative visualization is most necessary for the practice of effective ceremonial magic, which must, and will be, the new frontier as we inherent the sparkling treasures of eternity. 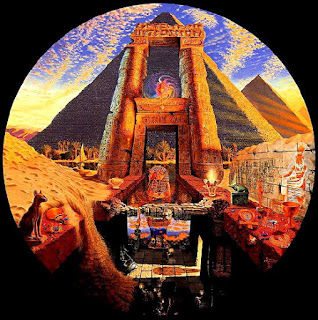