When The Sky Falls: The Real Story Behind the Anunnaki Pt.1 of 2 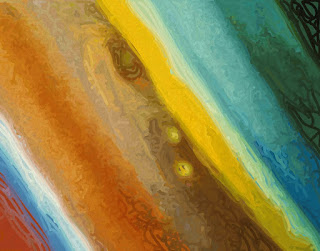 Father Charles Moore, a white Catholic Priest with strong ties to the Vatican, appeared on Art Bell’s nationally broadcasted Coast-to-Coast talk radio show on Friday, Oct. 13, 2000 and dropped a bomb on a nearly speechless Mike Siegel, who was that night’s host. Moore said that the ancient Kemites, Sumerians, East Indians and Hebrews were all Black people. However, he also said that the Anunnaki, the Sumerian pantheon of deities believed by some in the New Age movement to be the extra-terrestrial progenitors of early civilization, were white.


Now, anyone who has read and understood book one of Zecharia Sitchin’s Earth Chronicles could not come to that conclusion. Sitchin was arguably the first to propose the theory that the Anunnaki gods were aliens from the planet Nibiru, also referred to as “Planet X,” or “The 12th Planet.” The Israeli anthropologist reached this conclusion after translating the Sumerian Cuneiform Tablets in the 1970’s. Personally, I have reservations about some specific arguments made by Sitchin.


However, my own independent research on the matter causes me to conclude that the Anunnaki—whom the ancient Sumerians themselves said came from the heavens to bestow knowledge on mankind—did not originate on this earthly plane, (but then again, neither do we). Whether the Anunnaki were extraterrestrials flying through the cosmos in saucers as described by Zecharia Sitchin is a whole different story. The very name Anunnaki means “those who came from heaven to earth.” In the Jewish Torah they are called the Nephilim. Among the Akan people of Ghana they are known as the Adikanfo (The First Ones/The Ancient Ones).


In his own commentaries, Sitchin describes the Anunnaki as white extra-terrestrials, but his actual research says something totally different. In his book The 12th Planet, Sitchin says that Enki, one of the Anunnaki princes, came to Earth hundreds of thousands of years ago establishing his headquarters in Africa’s interior. Enki’s symbols in ancient Sumer were the turtle and the serpent coiled around a tree. Both of course, are reptiles. In addition to being represented by a serpent in a tree, what Enki has in common with the Vodou god Damballah is the fact that they are both gods of creation and wisdom. This should cause one to think about who that serpent in the Tree of Knowledge is in the biblical Book of Genesis.


Also, Enki and Damballah are both referred to as the gods of the watery abyss, or underworld (the subconscious mind). Unlike Damballah, however, Enki and the rest of the Anunnaki were regarded as physical beings with human-like qualities. The Nagas gods of Cambodia were also gods of wisdom and they were depicted in artworks as anthropomorphic (having a human body) reptilians. This seems to suggest that the so-called “reptilian extraterrestrials” were stationed throughout the ancient world.


Sitchin says that according to Akkadian texts, Enki and his comrades mined African gold in a region called “Arali” which was located in the continent’s southern region. Sitchin also says that the Akkadian pictograph for the name “Arali” resembled those that read “dark red soil of Kush” later translated to mean “Negro.” Hmmm….Sitchin then talks about how Enki and the Anunnaki made modern man by combining their genes with those of the Homo Erectus’ they found in Africa’s interior. Sitchin describes this as the first attempt at genetic engineering. This, he says, explains why man’s evolution from Homo Erectus to Homo Sapiens occurred in such a relatively short period of time. We acquired the genes of the gods.


What further gives this away is the fact that Sitchin says near the end of his book that the Anunnaki, following a truce between Enlil and Enki after the Great Flood, appointed Earth’s very first king, who would function as an intermediary between the gods and the rest of humanity. This King whom the Anunnaki appointed was “Kish,” who was followed by Nimrod. However, on page 20 of the same book Sitchin uses the names “Kish” and “Kush” interchangeably. Kush was the name of Nimrod’s father according to the Bible. Kush is also a kingdom that arose in Northeast Africa, which all serious historians agree was inhabited by blue-black Africans.


It’s commonly accepted among scientists today that humanity traces its origins to Africa. The Bible confirms this as well. The very first nation mentioned in the Bible is Ethiopia, which once included the Sudan and Kenya—where the oldest fossils of modern man have been found. The Bible clearly states that after the “breath of life” was breathed into man he was planted eastward in Eden (Gen. 2:8) or E.din which was an actual place in ancient Sumer.


If man was brought to the east, then he must have been coming from the west. Africa, the birthplace of man, is west of E.din. It is also worth noting that ancient Kush was inhabited by the Anu people. Anu, was also the chief deity of the Sumerians, and he was known as the “Lord of the Heavens.” Among the Yoruba of Nigeria he is called Oludumare. The title “Anunnaki” is derived from the name “Anu” which is the root word in the title “Anunnaki”. The obvious linguistic relationship between the ANUbians, Anu, and the Anunnaki, is by no means a coincidence. The Anu people of Kush are actually the spiritual descendants of Anu, thereby making them the true Anunnaki—those who came from heaven to earth.


The Anu people of Kush fell from heaven to earth as a result of the atomic degeneration we have come to know as “The Fall of Man.” The Christian myth explaining the fall of Lucifer and his angels, the descent of the Orisha from Ikole Orun (Heaven), and countless other mythologies, all tell the same story from different angles.


For instance, of the 401 Orisha gods that decided to come to earth only 256 were allowed by Orunmila, the all-wise oracle of Ifa. The difference between 401 and 256 is 145. 1+4+5=10, which Kabalistically speaking, is the difference between Kether and Malkuth if you count Daath, the hidden sephirah. Ten is also the number of Oludumare’s emanations, which we know as the Orisha. The Orisha comprise the matrix of perception reflected to us in the Kabalistic Tree of Life. These 10 emanations are the 10 fetters of human perception that bind us to this holographic reality which we currently occupy.


The more you identify with your “humanity” the more you become a slave to the flesh, and consequently, a slave to matter. You become subject to the law of gravity until you’re laid to rest in the grave. There is a linguistic relationship between the words “gravity” and “grave.” Your so-called humanity is based upon social conditioning and is not a reflection of your true divine nature. When you say “I’m only human” you put limitations on yourself that may have no actual basis in reality. Think about that for a minute.


As a matter of fact, consider this as a revolutionary thought: what if we are all actually gods conditioned to believe that we’re “only human” by energy vampires that feed off of, and obtain spiritual nourishment from, our mediocrity? Everyday you open the newspapers and read about leaders in government, business, sports and entertainment across the globe falling from grace as they cloak themselves in human weakness. Where is our “humanity” leading us as a global civilization? It’s leading us nowhere. While it is to our benefit to embrace our humanity, it is to our detriment to identify with it.


Samuel Noah Kramer is widely regarded by academia to be the foremost authority on ancient Sumerian studies. In his book The Sumerians: Their History Culture and Character he makes a very interesting observation. He says “Although the gods were believed to be immortal, they nevertheless had to have their sustenance; they could become sick to the point of death; they fought, wounded, and killed, and presumably could themselves be wounded and killed.”


Kramer could not reconcile how the Anunnaki could be regarded as immortal, yet be subject to the same fate as mortal men. The answer is not as complex as he may have assumed. In fact, it’s very simple. The gods were not considered immortal because they were not subject to physical death, but because their deeds and actions over the course of their lives could not be washed away by the tides of time. They left behind a legacy that will stand as a towering monument before eternity. Great men live forever through their deeds and actions. When ancient man spoke of immortal gods and goddesses they were speaking of exceptional men and women who strove towards impeccability, and in the process, came to embody universal principles among their own people. Know that ye are gods.


You have probably noticed that throughout this composition I have incorporated the ancient mythologies of diverse cultures to tell the story of the ancient Sumerian Anunnaki. I did this because I recognize the fact that these diverse cultures were telling the same story based upon their own respective oral traditions. When you piece these fragmented tales together you get a more coherent story which fits together like pieces to a grand cosmological puzzle.


For further information on The Fall of Man I strongly recommend Lana Cantrell’s book The Greatest Story Never Told: A Scientific Inquiry into the Evidence of the Fall of Man from Higher Civilization in Antiquity. You can purchase it directly from her over the web. Rudolph Steiner’s Cosmic Memory is also very good for anyone interested in that topic. The Anunnaki were not extraterrestrials as Zecharia Sitchin proposes, but rather Black men and women who trace their lineage back to higher spiritual beings.


Niburu, “the planet of the crossing” is the Daath, the Kabbalistic sephirah which separates the seven lower spheres on the Tree of Life from the three higher Supernals which play a pivotal role in shaping this holographic reality. The Anunnaki were only reptilians in the respect that they had full access to their Kundalini energy, which literally translates to mean “serpentine fire” (spiritual fire) in Sanskrit. They were not shape-shifting reptiles walking around sodomizing, and eating people as proposed by David Icke and a few other new agers and conspiracy theorists.


There are a lot of people on the internet proposing all kinds of wild, off-the-wall speculations about the Anunnaki. It’s time we took a more sober-minded approach and put the gods in their proper historical context. Part two is coming up........