Dirty Words: Do They Actually Exist? 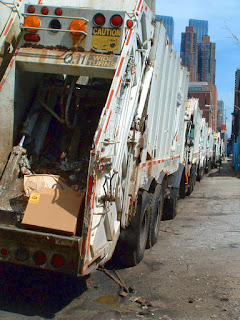 Words never fail to excite and provoke people. They affect our emotions. Our emotions affect our thoughts and our thoughts determine the very experiences which ultimately shape our lives. The Bible tells us that “In the beginning was the word, and the word was with God and the word was God” (John 1:1). To the casual reader with a good understanding of proper English syntax, this verse looks like a complete contradiction. Its verbiage implies that the word was in God’s possession, and was therefore a separate entity distinct from God, yet may be used by God as a tool for specific purposes. However the verse closes by stating “the word was God,” which means that there is no distinction between God and the word.

The reason why the verse is written in this seemingly confusing manner is because the writer’s intention was to convey the fact that a transition is taking place between The Creator and its relationship with the word. You see, what we sometimes forget is that God is an artist, and like any other artist, God uses a tool as a means to express its artistry. For Charlie Parker that tool came in the form of a saxophone. For Michael Angelo it was the paintbrush. For God it is the word. All great artists take the tools that they use and make those tools a part of themselves. That is why no one can take a great artist’s tool and reduplicate that artist’s work. It might come out similar, but it won’t be quite the same. An artist of this caliber has given his soul to the tool. He is the tool and the tool is him. There is no separation between the two.

God, the Supreme Artist, uses the most powerful of all tools and that tool is the word. Much like any other tool, NO word is inherently good or bad. It’s all about the intent of the user and the circumstantial context in which that word is used. Let’s take a careful, but dispassionate look at two words that never fail to ruffle the feathers of reactionary people.

FUCK:
I remember having a telephone conversation with a former girlfriend a few years ago where I used the word “fuck” in a sentence (I don’t remember what the conversation was about so don’t ask me). I remember her being taken aback with my use of the word. She said that she didn’t see anything wrong with cursing, but was surprised as she had never heard me curse up until then. I explained to her that my skill with words and my ability to express what I feel makes it unnecessary for me to curse casually, but added that there are specific situations where curse words are not only preferred for honest self-expression, but necessary.

People always say that “fuck” is such a “bad” word. My question is: how is this so? According to the Oxford English Dictionary—the best and oldest English dictionary—fuck is “an act of sexual intercourse.” It also means “to damage or to ruin,” but the word can be used as “a strong expression of contempt, annoyance or impatience.” As you can see, all of these dictionary definitions reflect aspects of common human experience. There’s nothing inherently bad about the human experience, is there?

Fucking is an extremely passionate form of sexual intercourse. There’s a time to make love (a gentle show of affection) and there’s a time to fuck (an intense emotional release). If you don’t have a clue what I’m talking about, then I pray for the day when you are fortunate enough to know. For those of you who have a job that you don’t like, what do you say when the alarm goes off on Monday morning? You say “Aw, fuck!” If you said anything else, given your disdain for the job, you would be compromising your true feelings for that job. Repressed emotions are arguably the leading cause of all cancer cases. You’ve got to express your true emotions one way or another. If you don’t, your repressed emotions will literally kill you. And for all of you Holy Rollers out there who are too pristine and Godly to curse, be honest: don’t you look forward to the day when Jesus returns on his white steed with great power and glory to fuck Satan up and throw that bitch in the bottomless pit? Be honest now! The word “fuck” is no dirtier than the words “duck, truck, puck or buck” The only evil lies in how and when you use the word. There’s a time and place for everything.

Use this word around a Black person who came of age during the civil rights movement and they’re likely to get hot flashes (yes, the men too) and start foaming at the mouth. Given their unique experiences dating back to that era, this of course is understandable. The general consensus is that “nigger” is a hateful word coined by white people and it is used to define an ignorant Black person. However it is worth noting that in ancient Kemet (Egypt) the word for “god” was “Neter” or “Neger/Niger.” The linguistic equivalent of the letters “T” and “G” were completely interchangeable among the ancient Kemetian people. The same can be said of the letters “E” and “I.” For those of you who would like to explore this particular subject further I recommend that you read Nigger: A Divine Origin by Shaba Shabaka and Dr. Ernie A. Smith.

For those of you who choose to hold on to a more conventional definition, we’ll just say that a Nigger is a Black person whose total sense of self is a product of Willie Lynch-ism and the sustained efforts of white institutionalized racism.

Before our African ancestors came to the shores of America and the Caribbean they were called Ghanians, Nigerians and Angolans. After they embraced their white master’s names, started eating the white master’s food and embraced his Christian religion they became a new people, a product of a sadistic European’s twisted imagination. You may recognize these former Africans today as Niggers.

When a man or woman makes something—whether it be a pot of spaghetti or a Nigger—they have the right to name that thing whatever they choose. My mother carried me in her stomach and nurtured me for nine months. This required great effort and dedication on her part. When I was born after many hours of labor she said “I’m going to name my son Adika.” In one of the West African languages my name means “Prince.” However I later learned through independent research that in Indonesia it means “Grand” or “Supreme.” Some people might say that Adika is a silly name, but my mother’s decision to name me Adika was within her natural right as she issued the sustained effort of which I am today a product.

Do you insist on giving your children slave master names like Robert, Clifford or Jennifer which have no real meaning? Do you eat the slave master’s food and embrace his religions (institutionalized Christianity, Islam, Judaism)? Would you rather be materially wealthy as an employee of the slave master or do you prefer living comfortably as the boss of your own small business? Are YOU the final product of a white supremacist’s sustained effort towards your Niggerization? Truth of the matter is that we’re ALL niggers to some degree if we go with the latter definition of the word. It’s just that some of us are more Niggerish than others.

Does it hurt you to read these words? Good medicine is often bitter to the tongue but it’s sweet to the soul. The truth hurts, but it doesn’t have to. The only shame in being a nigger is choosing to remain one. Before you can become a Negus (that’s the Ethiopian word for “king”) you must first admit that you are a Nigger. Remember, out of darkness came light, so if you are someone who seeks to shine their light for the world to see, then you must find your own direction through introspection. This means coming face-to-face with your dark side and learning to master it, instead of letting it be master over you.

The United States of America was founded by masons, but the black stone that those white builders refused is destined to become the head corner stone. It is the Nigger, and the Nigger alone, who has the potential to rise to the status of royal Negus before making the alchemical transformation into a divine Naga of old (The Nagas were the gods of wisdom in ancient Cambodia). The choice is yours. Everything begins with the word. It is the foundation upon which your reality is built.
Posted by Mind Glow Media at 9:16:00 PM