The Secret Herstory of Islam 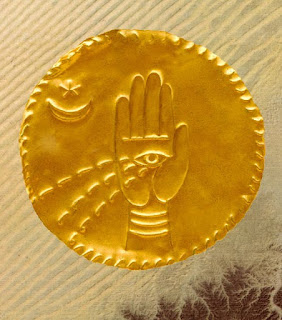 Sacred coin of the goddess Allat

“O you who believe! when the call is made for prayer on Friday, then hasten to the remembrance of God and leave off business trading; that is best for you, if yee but knew.”


Why is Jumu’ah, the Islamic holy prayer, held on a Friday? Why is the official color of Islam green and why is there a crescent moon at the top of most mosques and on the flags of so many Muslim countries? The answer to these well-bred questions have been locked behind bars of deceit by Islamic gatekeepers for centuries. The fact of the matter is that the ancient spiritual system that became the organized religion we know as Islam was originally centered around goddess worship, specifically the goddess of beauty, material wealth and the sexual libido.

In ancient Kemet this goddess was known as Het-Heru, but she is familiar to most as Hathor. A Het-Heru-Sexual man is one who devotes himself to the physical, spiritual, mental and emotional upliftment of his woman whom he recognizes as his personal goddess on earth. Meanwhile a Het-Heru-Sexual woman is one who proudly embraces her womanhood and has no desire to compete with her man for the role of head of Household (assuming the man has EARNED the right to be designated as such) because she realizes that he is her god on earth. The name Het-Heru in English literally translates to mean “House of the god Heru.” Therefore a Het-Heru-Sexual woman is happy to let her god enter her Ishtar Gate and radiate every fiber of her being because he never fails to set her precious soul on fire.

Het-Heru’s holy day of worship was on Friday and her official color was green. Among the Yoruba she is known as Oshun. In ancient Sumer she was known as Inanna (Ill Nana?), while in Rome she was known as the goddess Venus. In ancient Arabia, however, there were three moon goddesses who had the same attributes as Het-Heru, and they were all worshipped simultaneously. The Kaaba in Mecca was constructed around the shrine that once served as the house of worship for these goddesses in pre-Islamic times. The names of the three deities were Al-Manat, Al-Uzza (the Mighty One), and Allat, from whence you get the name “Allah.” 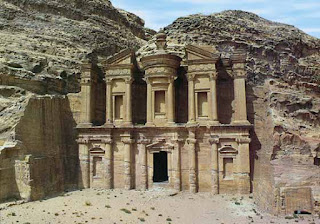 
Orthodox Muslims will usually tell you that Allah simply means “God,” in Arabic, but the general word for God in Arabic is “Ilah” not “Allah.” Allah is the name of a SPECIFIC deity and that deity was once known as the goddess Allat before her name was changed by misogynistic Arab men who rejected the doctrine of the divine feminine. For evidence of just how different the white Arab and the Black African male were with respect to how they saw their women I highly recommend you read Ibn Battuta in Black Africa by Noel King and Said Hamdun. You can also read the Arabian folktale One Thousand and One Nights which offers some insight into how women were generally regarded by white Arab men at the time that Islam was being molded into the religion it is today. Al-Uzza, who was associated with the zodiac sign of Libra, was both the goddess of beauty and war (an interesting paradox considering the fact that some of the world’s greatest military strategists were Librans) and her sacred color was green. Her day of worship was Friday. 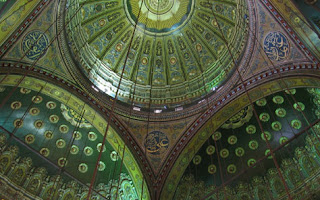 The emblem associated with the three goddesses of pre-Islamic Arabia was the crescent moon which represents 33 and 1/3 of a full moon’s light. A 32nd degree mason is known as a Shriner, and the emblem used by the Shriners is very revealing to those who take the crescent moon symbolism into consideration. It depicts a scimitar (crescent moon shaped sword) above the head of a pharaoh. The emblem is meant to convey the fact that although a Shriner mason may be a master he has not attained his 33rd degree. Water, which most of the human body is composed of, freezes at 32 degrees celsius. When the temperature reaches 33 it begins the process of thawing out. The Shriner remains spiritually frozen, a slave to Egypt (his lower passions) and has not crossed the Red Sea via the tidal wave of Kundalini current to reach Mount Zion (the Mountain of the Sun) which is the pineal gland or “Third Eye” located in the Promised Land that you call your brain.


The Arabian goddesses were primarily worshipped by a Meccan tribe known as the Quraysh, which is ironically, the same tribe that the prophet Muhammad of 1,400 years ago belonged to. This is why in Surah 62:9 of the Qu'ran he tells the believers not to do business on Friday. It was the day devoted to the goddess of material wealth. It was known that honoring her would result in success in business and commerce. Our dollar bills are not green for aesthetic reasons. I'll go more into that at a later time. 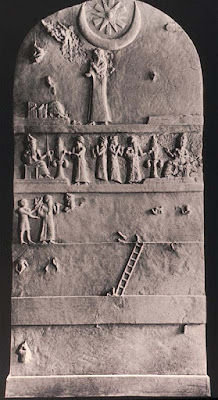 In his book The Theology of Time the Honorable Elijah Muhammad (who was a Libran) told us about the triple stages of darkness that existed before the sun, moon, and stars came into being. What he was actually referring to was the Triple Black Goddesses (Allat, Al-Manat, Al-Uzza) which is the Ain-Soph-Aur of the Qabalah. The Ain-Soph-Aur is the eternal moment experienced just before the creation of our universe. We all re-experience this sacred moment at the time of sexual orgasm. However, a sexual orgasm even at its best is a failed attempt to recapture the Euphoria that the Triple Black Goddesses felt when they conceived the Grand Architect of our Physical Universe. According to J.E. Cirlot's Dictionary of Symbols the crescent moon symbolizes, among other things, the feminine principal and the aquatic realm. This is the watery abyss of Pisces which is ruled by the underworld god, Neptune (who represents your Dark Side, your subconscious mind which has no boundaries).


The moon, which is a prominent symbol in Islam, is a reflector, nurturer and incubator of light. With regards to Islamic teaching, that light is God (Surah 24: 35). In the female name Kamaria (Ka + Maria/Mary) means “like the moon.” Kamaria is “like the moon” in the respect that she can nurture and give birth to a god. Catholics speak of Mary as the Mother of God, and metaphysically speaking, they are correct.  Mary the Mother of God and the three moon goddesses of pre-Islamic are variations on the same theme. It is also worth noting that the Holy Trinity hand gesture practiced by many Rastafarian men resembles the female vagina in its shape. This is because the original Holy Trinity is the Triple Black Goddess. The rapper Jay-Z often calls himself “Hova,” which is the anglicized version of the Hebrew word “Havva” which means “Lady of Life.”  Whether he realizes it or not, the man who rhymes about “ black cards, black cars, all black everything” acknowledges the Triple Black Goddess every time he throws up the diamond leaf. 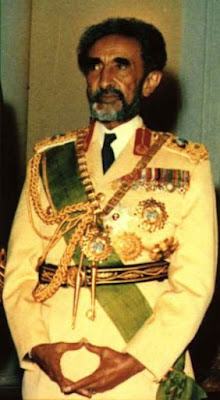 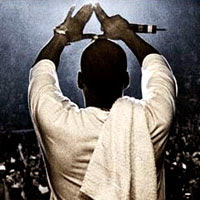 According to the ancient Kemetic Shabaka Stone, which was transcribed from a much older papyrus which preceded the Pharaoh Shabaka by several thousand years, the god Ptah created our physical universe after he arose from the primordial waters of Nun. The god Nun was the living embodiment of plasma energy, spirit, which explains why he is often depicted as having the beard of a man and the breasts of a woman because pure spirit has both a masuline and feminine polarity. This polarity helps explain the origin of homosexuality. Nevertheless, the ancient Kemites used the god Nun in their creation story to explain the role of the Triple Black Goddess AFTER the Big Bang, as opposed to their role as the Ain-Soph Aur before.

“The Mother Plane” alluded to by Elijah Muhammad in his book The Fall of America, was not a spaceship, but a metaphorical reference to Atziluth the highest “plane,” the first plane, “the mother plane,” on the Qabalistic Tree of Life. Elijah was sharing ideas that the majority of people of his time could not comprehend so he taught his students abstract spiritual truths in the form of what some might consider sci-fi allegories. The "Asiatic" Black Man, is the Black man who occupies the Qabalistic world of "Assiah," the world of solids, liquids, and gases. The Asiatic/Assiahatic Black man is a microcosmic, holographic projection of the orignal man, the Adam Kadmon of the archetypal world of Atziluth. 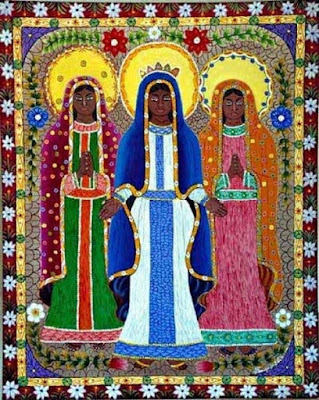 As we become reabsorbed back into the Divine Mother with the coming paradigm shift, the mother plane will be responsible for the destruction of the world as we know it, just as Muhammad said. We will become one with the All and commune with each other in love, peace and happiness. As Salaam Alaikum!!!