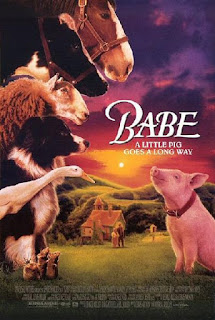 “A Simple sneeze on the subway took on sinister overtones yesterday for New Yorkers rattled by the news that the city’s swine flu cases hit 44, with possibly hundreds more residents infected.”
That was the lead for an article that appeared in a New York newspaper this morning. While at my local library yesterday, I overheard two women talking about the swine flu and how it originated in Mexico. One of them said that she doesn’t want to patronize restaurants and shops that employ Mexican migrant workers because she's afraid she'll keel over and drop dead.

Although I only heard a small portion of it, I found their conversation very interesting, if only because it serves as a clear example of how fear can be used to manipulate public opinion. Not long ago most Americans were angry with their political and business leaders for the dismal state of the U.S. economy. Now, more of them are turning their attentions inward. Not for their own self-improvement, but to fear for their lives. The Center for Disease Control (CDC) reported that a 23-month old child died from contracting the Swine Flu and the World Health Organization swiftly responded by raising the panic alert level to phase five on a six-point scale.
Neil Z. Miller, a medical science research journalist based in Santa Fe, New Mexico, has authored eight books on health and medicine. He wrote an article for http://www.thinktwice.com/ in 2005 called "Annual Flu Deaths: The Big Lie." Herein Miller says:

"Every year, just prior to the impending "flu season," the CDC and their acquiescent media pawns terrorize the American public with false claims regarding annual flu deaths. The CDC boldly asserts that 36,000 people die every year from the flu. Such scare tactics are calculated to increase flu vaccine sales. However, according to the CDC's own official records documented in National Vital Statistics Reports, only a few hundred people die from influenza (flu) on an average year. And many of these deaths occur in people with preexisting conditions, weakened immune systems, and the elderly. For example, in 2002, 753 people died from the flu. The year before, in 2001, just 257 people died from the flu. (Fifty-nine percent of these deaths occurred in people 75 years or older; 75 percent occurred in people 55 years or older.) To put these numbers in perspective, 3,454 Americans died from malnutrition in 2001 -- 13 times greater than the number of flu deaths! That same year, there were 4,269 deaths attributed to asthma, a condition some studies have linked to vaccines."


On December 10, 2005 the British Medical Journal ran an article entitled "Are U.S. Flu Figures More PR Than Science?" which proposed the same argument against the CDC. Why can't we read articles like these in the American mainstream media? It's because they've sold you out, that's why. Whenever you read newspaper and magazine articles written by the sorcerers of media—or any writer for that matter, myself included—always do so with an open mind. Always read between the lines and don’t take anything on face value. Ask yourself questions: is there a political agenda being promoted here? Why do these strange epidemics always break out in countries populated predominantly by people of color (Ebola, West Nile Virus, SARS, etc)? Who benefits from what is happening?

Since 2008, Mexico has been a hotbed of crime and drug-related gang violence. Over the past year alone, nearly 7000 people have been murdered in that country as a result of surging gang warfare. Since 2007, when former U.S. President Bush was in office, Mexican president Felipe Calderon has blamed much of the gang violence in his country on the United State’s consumption of illegal drugs. Secretary of State Hilary Clinton supported Calderon in his claim a few months ago. The Mexican prez is also quick to remind you that most of the guns coming into his country are from the U.S.

Furthermore, in August 2007, Fortune Magazine reported that Mexican telecommunications tycoon Carlos Slim had overtaken Bill Gates as the world’s richest man. Amidst all of the socio-economic instability Mexico experienced in 2008, he lost $25 million. So now he ranks as number three behind Bill Gates and Warren Buffet. One man's loss is another man's gain. With the swine flu outbreak several stock traders are selling their shares in Mexican businesses which can only have an adverse affect on Mexico’s economy.

This past Monday shares in Slim’s company, America Movil (AMX), dropped 7.5 percent as a result of the Swine Flu outbreak. Since Mexico's economy depends heavily on tourism, it's pretty safe to say that the country doesn't have much too be excited about with the rampant crime and disease. Of course one business' loss is another one's gain.

The U.S. based biotech company, Gilead Sciences Inc., stands to make a killing from all of the hysteria surrounding the swine flu outbreak. Since this past Monday their stocks have risen dramatically. Gilead is behind the Swiss pharmaceutical company, Hoffman-La Roche, which produces the popular Tamiflu drug used to treat the flu. Former Secretary of Defense Donald Romsfeld was a known shareholder in Gilead. However since resigning from his post in 2006, his interest in the company has yet to be determined for sure. Novavax Inc, another pharmaceutical powerhouse, saw their shares go up by 292%.

If we dig deeper into the bottom of the barrel to find out where this stench is really coming from we just might find out that the official story we're being fed is nothing but stale bacon. Swine flu is rare in humans, however those who handle pigs, especially on a farm, are at risk of catching it if the pigs are infected with the virus. Yet even then, it usually isn't transmitted from human to human contact because this flu strain rarely mutates in such a way as to make this possible. However, with science many things are possible.

In the February 6 2004 edition of Science Magazine it was reported that medical scientists Sir John Skehel and Ian Wilson were able to synthesize a protein from the Spanish Flu pandemic of 1918. They accomplished this by obtaining DNA from the frozen body of an Eskimo woman buried in Alaska, and the cadavers of U.S. soldiers from World War I. Skehel and Wilson discovered that manipulating the very structure of some of the proteins that the virus is composed of could make human to human transmission much easier. These changes in the proteins' shape can happen through natural mutations (as was the case with the Spanish Flu of 1918) or through unnatural intervention.

With regards to the 2009 outbreak, we don't know exactly what happened. However this should not discourage us from doing further research if we have the desire to know more. Keep your eyes and ears open and always ask questions.
Posted by Mind Glow Media at 12:54:00 PM